Two Boyle County residents will be honored for their lifetime of service to the community during the Soul of 2nd Street Festival next weekend.

Gooch, who turned 85 this week, retired three years ago as a custodian at First Christian Church, a job he held for 39 years. He was also custodian at Danville High School for 17 years. 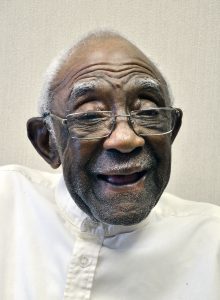 Michael Hughes, who is organizing the festival for the Danville-Boyle County African-American Historical Society, said he wanted to honor Gooch because he has touched so many lives over the years.

Hughes said someone told him that Gooch “had a lot more respect from the students than (the students had) for some of the teachers” when he was working at the high school. He also described Gooch as someone who has always helped everyone around him. “He’s an everyday guy that people love. And he has a love for his community.”

Gooch said he’s had many jobs in addition to his custodian work. He worked for Preston Pruitt Funeral Home years ago carrying vaults and digging graves; Stuart Powell Ford, washing and detailing cars; Kentucky State Hospital, which was located where Northpoint Training Center is now; and helped a local resident by driving her around town and to several different states, with his wife of 55 years, Gladys, who he affectionately calls “Mama,” by his side.

Gooch said he’s always “tried to treat everybody right,” and “everybody treated me nice.”

The Rev. Everhart Walker, who just turned 84, “has been an inspiration to the community” and his parish, Hughes said about why he chose him to receive the award this year. “He’s been very respected.”

Walker said, “I appreciate (Hughes) thinking of me.”

Walker is a former pastor of St. James AME Church who still preaches at other churches on special occasions. He also fills in sometimes when ministers are absent and serves as senior elder of the AME Kentucky Conference. He and his wife, Barbara Jane Penman Walker, just celebrated their 63rd wedding anniversary, Walker said proudly.

Walker said in the early 1980s, he and a former DHS teacher, the late Lucy Stevens, were instrumental is convincing the City of Danville to celebrate Dr. Martin Luther King Day. “I want the young people to learn the history. I’m proud of that,” Walker said. “… I want young people to understand the 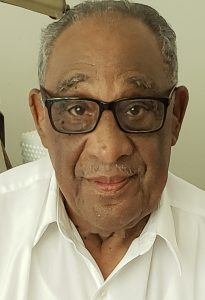 struggle and where we’ve come from.”

In addition to his ministry, Walker also worked for nearly 28 years as a bridge construction supervisor for the Kentucky Department of Transportation.

The topic of the African-American History Conference is “The African-American Business Yesterday, Today, Tomorrow.” In addition to the awards being presented, the featured speakers will be Danville native, writer, educator and publisher Frank X Walker; and Dr. Andrea Abrams, associate vice president for Diversity Affairs and special assistant to the president, associate professor of anthropology, African and African American studies, and gender studies at Centre College.

Following the conference, an informal reception will be held at Harvey’s restaurant, located at 120 S. Fourth St., around 7 p.m.

On Saturday, the Soul of 2nd Street Festival begins at 3 p.m. and will feature several musical performances, food vendors, displays and a family tent with activities for children. All activities and performances are free to attend. Bleachers will be available in front of the stage, and people are welcome to bring their own lawn chairs, Hughes said.

The schedule of performances is: