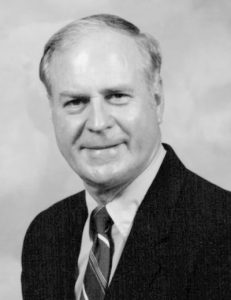 Eldon Rue Webb, 87, of Little Rock, Arkansas, passed away peacefully with his family by his side on July 28, 2019. Eldon was born April 30, 1932 in Perryville, Kentucky, to Alma Carpenter Webb and Stallard Webb.

SMSgt. Webb served his country 25 years as a firefighter in the United States Air Force. He retired from the position of Fire Chief at Rhein Mein Air Force Base, Frankfurt, Germany. Eldon was very proud of the fact that his father served in WWI, his four brothers served, and eight nephews. His life touched so many lives and so many of those lives are better because of this. He once gave the shoes that were on his feet to a man at the bus station that had none. Eldon was a devoted Christian, a deacon, and a member of First Missionary Baptist Church in Mabelvale, Arkansas. Eldon was also a Shriner and 32nd Degree Mason.

A visitation will be held Wednesday, July 31, 2019 at 12:00 p.m.. at First Missionary Baptist Church, 10300 Mabelvale West Rd in Mabelvale, Arkansas, followed by funeral services at 1:00 p.m. Burial will be at Pinecrest Memorial Park. To sign the online guestbook go to www.pinecrest memorialpark.com