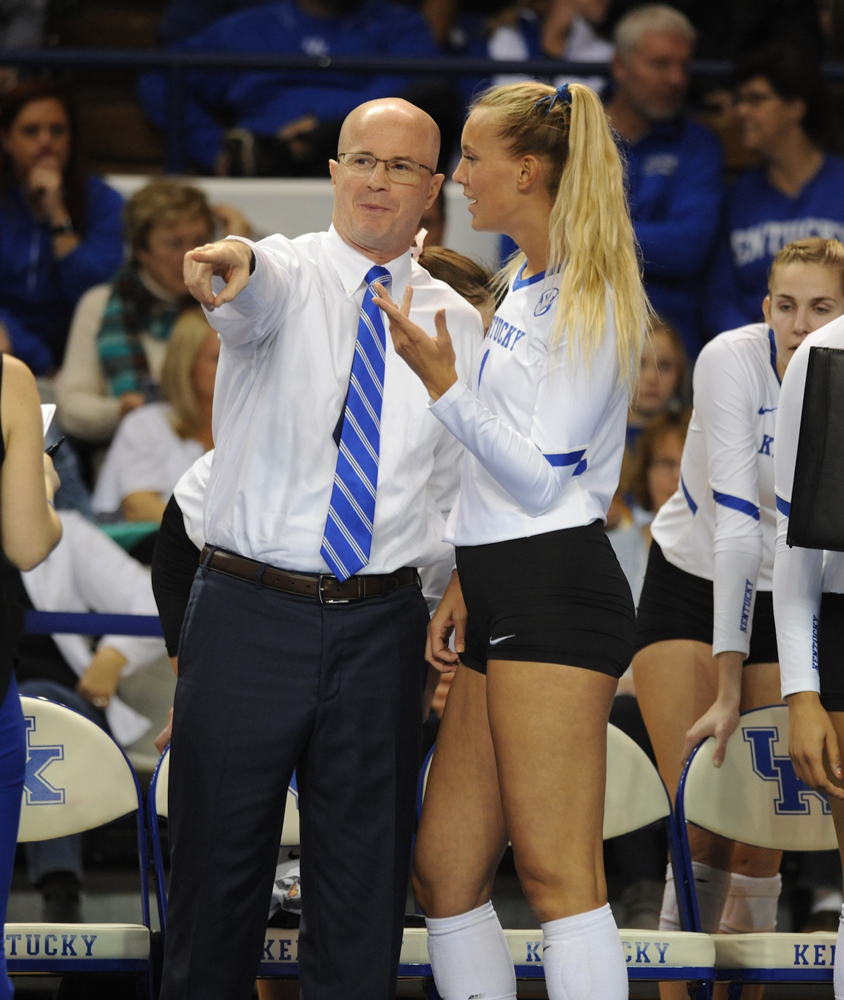 “But I’m not sure in the SEC or across the nation if he really gets all the credit he deserves for what he’s done,” George, who played against UK, said.

“When I was in high school you could tell the Kentucky program was trending in the right direction,” George said. “He has built an unbelievable program. They are constantly in the top 25 and a national championship contender. That’s just a testament to him and his recruiting ability. Now Kentucky is a destination for a lot of people because it has been good for so long.”

George worked for WDRB-TV in Louisville before going to the Milwaukee Bucks as a sideline reporter for a year. Now she’s set to be the sideline reporter for the new ACC Network’s feature football game each Saturday night during the season as well as an analyst for 20 ACC volleyball matches.

Before she left Milwaukee, she was attending a major sports award program in Wisconsin when a high school girl came up to her.

“She introduced herself and said, ‘I know who you are because of volleyball.’ I was sure she was going to know me from the Bucks,” George said.

She told George she was going to Kentucky to play for Skinner. The player was defensive specialist Maddie Berezowitz of Burlington, Wis.

“I just told her she picked a great university and program to play for. We talked volleyball for the next 20 minutes,” George said. “She was so excited and that’s just a testament to what he (Skinner) has done at Kentucky.”