It ‘looks like Mars:’ Updates from Lincoln County after fatal gas line explosion 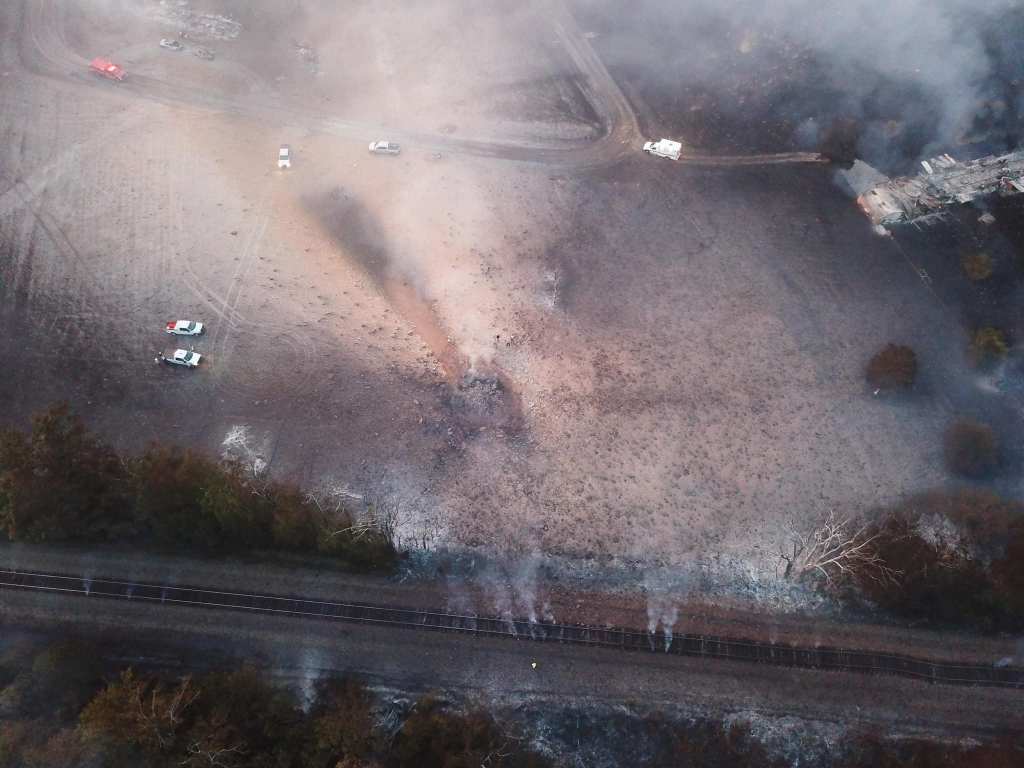 An aerial photo taken by a drone, operated by resident Matt Wood, shows what officials mean when they say "it looks like Mars." Wood was able to catch the after-pictures of a huge explosion caused by a natural gas pipeline in northern Lincoln County after 1 a.m. Thursday morning.

MORELAND — A noon news conference held off of U.S. 127 Thursday didn’t shed much more light on what happened to cause an enormous gas line explosion around 1:20 a.m. in northern Lincoln County, which killed one person and injured several.

The Lincoln County Coroner’s Office has identified the victim as Lisa Denise Derringer, 58, of Stanford.

Kentucky State Police’s media liaison, Trooper Robert Purdy, said officials think the woman may have heard the explosion and went outside to see what had happened. She was possibly overcome by either heat or smoke. The death is still being investigated by the Kentucky State Medical Examiner’s Office.

Officials are hoping to reopen the affected area of U.S. 127 at some point this afternoon.

At least five homes were completely destroyed by the fire. A former asphalt road in the 500-square-yard explosion area is now a gravel road, due to the asphalt being melted. There is no vegetation left in the area, officials said — no trees, no grass. Purdy said a resident who left the scene said the area “looks like Mars.”

Officials say part of the train tracks running through the area may be melted, but they’re not positive. Seventeen trains are currently backed up, with hopeful plans of “getting that commerce going again soon.”

Jim McGuffey, an incident commander with Enbridge Inc., the energy transportation company based out of Canada that owns the gas line, was also on-hand for the conference. He said it “could take three days or could take a week” to figure out what transpired with the gas line to make it explode.

McGuffey said the last inspection he “knows of, right off hand” was conducted about four years ago. The area contains three different pipelines, all 30 inches in diameter and located about five feet underground.

He said they have stopped the flow of gas in the pipeline that ruptured, and “dramatically decreased the pressure” in the other two pipelines while the investigation is ongoing.

Purdy said due to the acreage impacted by the explosion, it’s “really surprising” there were not more casualties.

Purdy said they do not know when displaced families will be allowed to go back home; many do not know the status of their houses. He also said multiple federal agencies have representatives in the area — such as the FBI, ATF and NTSB — but said that’s just protocol when there’s an explosion.