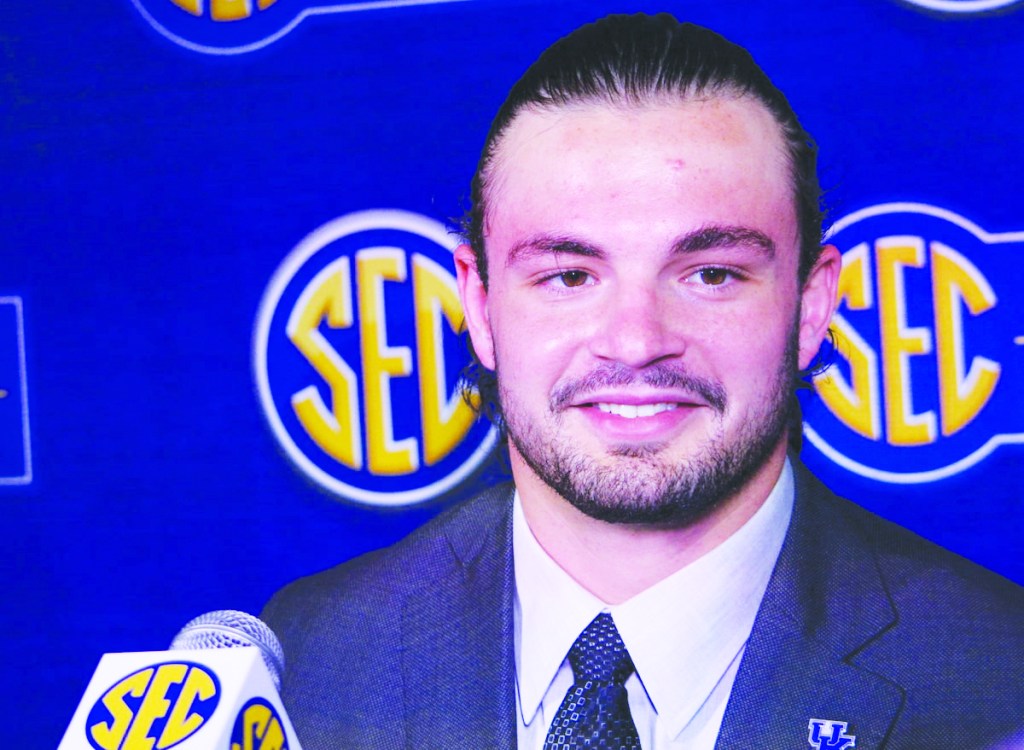 Kash Daniel was all smiles at SEC Media Days on Thursday. Daniel is one of the team's top defensive players this season. (Kentucky Today/Keith Taylor)

Getting to be in a Super Bowl commercial promoting Kentucky football after its 10-win season last year was “pretty cool” for UK senior linebacker Kash Daniel.

“I’m glad they let me start my acting career with that. It was pretty fun,” Daniel said.

He explained at SEC Media Days that he asked the crew filming the commercial how expensive their cameras were.

“He said this camera right here made ‘Avengers: Endgame’, and I said that’s a lot of money right there. So, I knew it was a pretty serious production,” Daniel said. “We were there for about four or five hours just because of how many takes we got to do.”

Daniel said he got a lot of “really good feedback” from fans about the commercial.

“We had that promotional video where I said for people to watch it and video it and tape their reaction. We got a bunch of reactions and it was really fun to see little kids and their parents making out ‘C-A-T-S Cats, Cats, Cats’ watching the video and screaming hard in the living room,” Daniel said.

He’s expecting more fans to likely mention it to him Saturday during UK’s Fan Day at Kroger Stadium. He’s also featured on the cover of the Cats’ Pause Football Yearbook