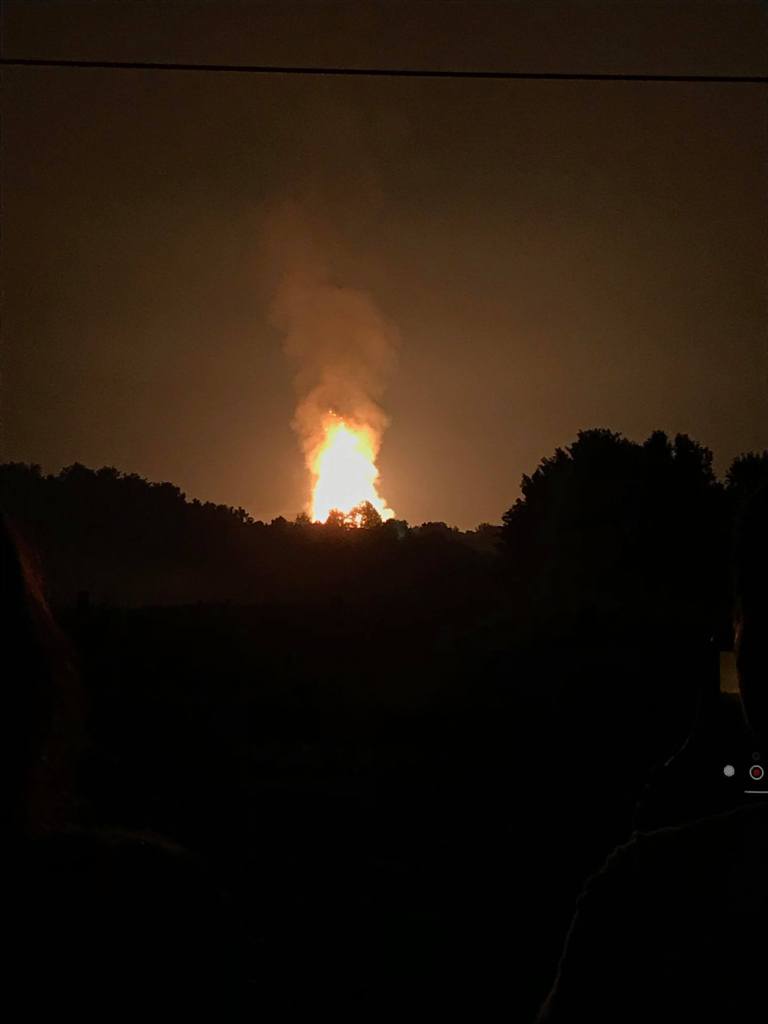 (Photo contributed by Bobbie Kitchen) A photo of the explosion aftermath was taken from a Jeffries Road residence in Moreland around 1:20 a.m. Thursday morning shows how far the flames could be seen. People have reported hearing and seeing the explosion from counties away.

UPDATE: Officials report residents of the area have all been accounted for and with no one reported missing. Another press conference will be held at noon, check back for details soon after.

An 8 a.m. Thursday press conference relayed the fire from the explosion has been extinguished, but the area is still smoldering. Officials say the site is too hot for them to begin searching through debris yet.

The explosion area is about five acres in size; injuries included some livestock.

Rumors had been circulating that the explosion was due to a plane crash or train explosion, but so far there is no evidence of that. The massive fire plume was seen from several counties away. It will take several days to determine what caused the gas line rupture.

The Salvation Army is currently on site, feeding first responders.

A natural gas pipeline explosion in the Indian Camp area off of U.S. 127 in northern Lincoln County has killed at least one person, and injured five others.

The explosion of the 30-inch gas transmission pipeline happened about 1:20 a.m. today, shooting intense flames about 300 feet into the air, according to an eyewitness, who was setting up tents in a nearby field in preparation for this weekend’s 127 Yard Sale.

As of 6:30 a.m., emergency responders were still battling six structure fires in the neighborhood which consists of 20 homes.

According to Lincoln County Emergency Management Director Don Gilliam, 75 people were evacuated to a shelter at New Hope Baptist Church. Several more residents were still unaccounted for, he said.

Norfolk Southern Railroad tracks were damaged in the explosion and trains will be backing up throughout the day, Gilliam said. Boyle County EM Director Mike Wilder said three natural gas transmission lines run parallel about 25 feet apart where the explosion occurred. Officials will be evaluating the integrity of the adjoining pipelines.

U.S. 127 will be shut down between Bowen Road and Ky. 2141 for most of the day as emergency crews, pipeline officials and railroad teams work at the scene. Wilder said, “It’s still a very active scene,” and advises travelers to stay away from the area.

For information will posted when available. 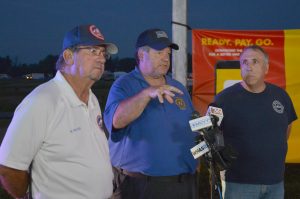