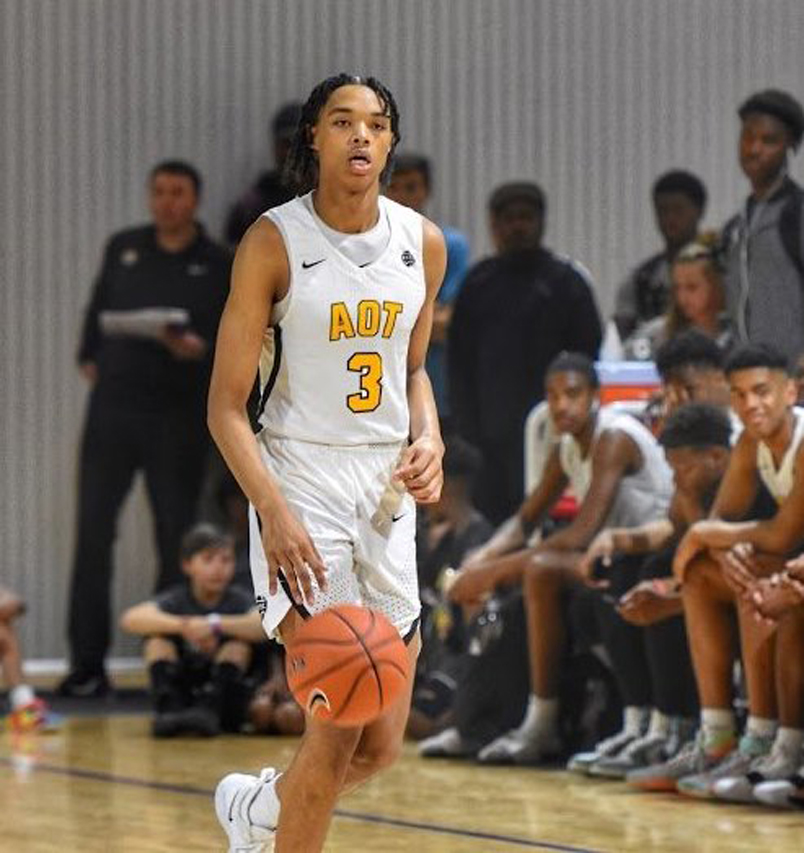 Rivals.com's David Sisk says recent UK basketball commit Brandon Boston is the kind of player who could help get other players to Kentucky. (LakePoint Basketball Photo)

“He is definitely a scorer, can handle the ball and he has size. He’s a long 6-7, 6-6 2 guard,” David Sisk of Rivals.com said. “Corey Evans (of Rivals) has seen him play more than me and he thinks he can even play point guard. He has the type of flexibility to play anywhere from 1-3. It has just got to the point even in college basketball if you have a 6-4 guard and a 6-7 guard and they can basically do the same things, the 6-7 guy is obviously a lot more coveted. Boston is like that and can play different positions kind of like (UK freshman) Tyrese Maxey.”

There could be one other huge plus in getting Boston to commit like he did last week after his official visit. Several players — including Jalen Green and Josh Christopher — have both openly talked about playing in college with Boston.

“If Boston can play more than just the 2 guard and then Green and Christoper can do the same thing, then they can all play together,” Sisk said. “They are all more than just shooting guards. Getting Boston early like this gives John Calipari some flexibility in recruiting now for the positionless basketball he likes.”

What draws players — more than Green and Christopher have talked about playing with Boston in college — to the UK commit?

“Tyrese Maxey is outgoing but he is the same way if it is the first time he has met you or you are his best friend. He was always like that,” Sisk said. “Boston, to me, is a little bit quieter when you see him in the (media) interview process. But around players more his age, he’s a lot more like Maxey. He’s got connections with a lot of players, including Terrence Clark, who is one of the best players in the 2021 class and might reclassify to 2020.

“It seems like the buzz this year is around some of the guys like Boston, Green and Christopher all playing together in college. This definitely gives Kentucky a big plus getting Boston to commit.”

Christopher and Green both play in California. However, Boston is transferring to Sierra Canyon in Chatworth, Calif., for his senior season where he will be playing with several other elite players. Zaire Williams, another top 10 player, recently transferred there for his senior season. Also on the team will be sophomore Bronny James, the son of LeBron James, and senior Zaire Wade, the son of Dwayne Wade.

“I had been a little nervous when he transferred to Sierra Canyon because naturally when a school (UK) is a frontrunner for a player and he moves across the country, it makes you wonder. But I had always thought Kentucky was in great shape with him,” Sisk said.