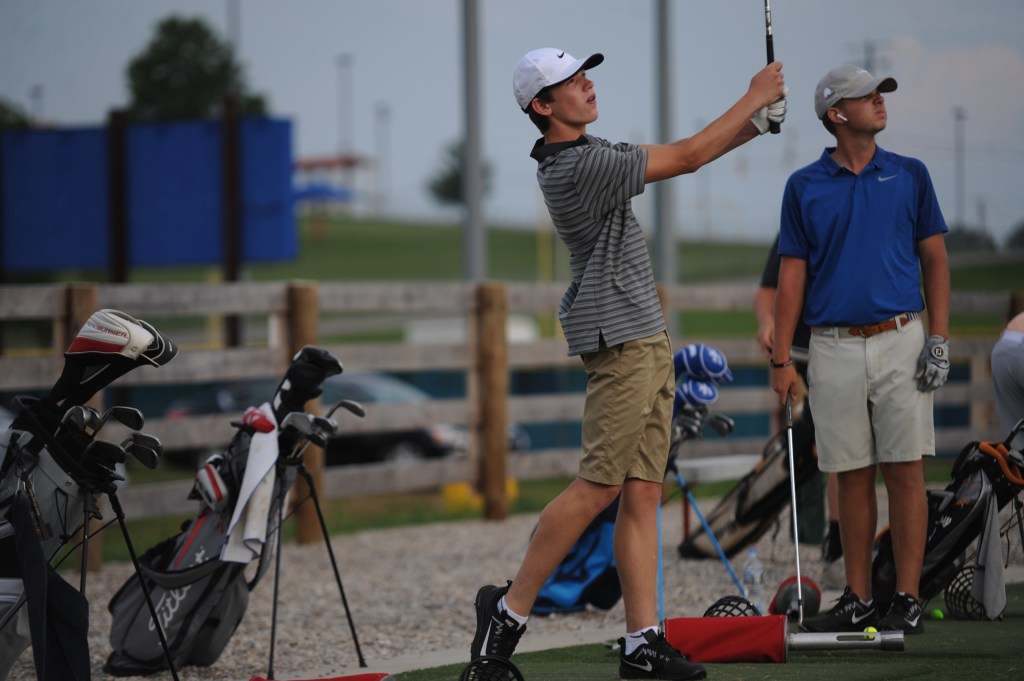 John Whited looks on at his hit during a mid-practice closest to the pin contest between he and Reed Gritton. (Photo Derek Brightwell)

On Monday August 5 and Tuesday August 6, the golf season, and high school sports overall, officially begins for several area schools  with the Central Kentucky Classic, co-hosted by Boyle County and Mercer County at the Danville Country Club at 9:00 a.m.

This is the third year the two schools have combined to host the event, played at both school’s “home course”.

“They’ve (Mercer) had a small team in the past so it’s been a good idea to just combine forces,” Boyle County girls coach John Cerqueira said. “Our parents are volunteers; they’re the ones out working, making sure there’s water on the course. We put sponsorship signs out. We’ve got people at the driving range and registration tables. So it’s our parents, they’re our working force and for Mercer they wouldn’t have had that opportunity. And it just makes sense because both of our home courses are here.”

In the past, the Central Kentucky Classic has been a big draw as one of the first tournaments of the year. This year, it won’t be as large as schools in other areas have pushed their home tournaments up to compete. 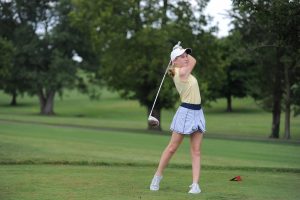 Freshman Kendall Williams tees off during one of the last practices before Boyle County’s season starts.

“We usually draw a good crowd, but this year’s crowd isn’t as good as the crowds we’ve had in the past. Some of the Lexington teams have caught on to our success of having it before school starts and on a weekday,” Cerqueira explained. “So there are some tournaments up there and those Lexington teams that we’ve had just stayed up there, which makes sense. We’ve still got a strong field and we’re going to have a great time.”

Monday’s action will feature the girls teams from Boyle, Mercer and other schools in surrounding counties and the boys will compete on Tuesday.