NTSB: Enbridge will be a party to the investigation 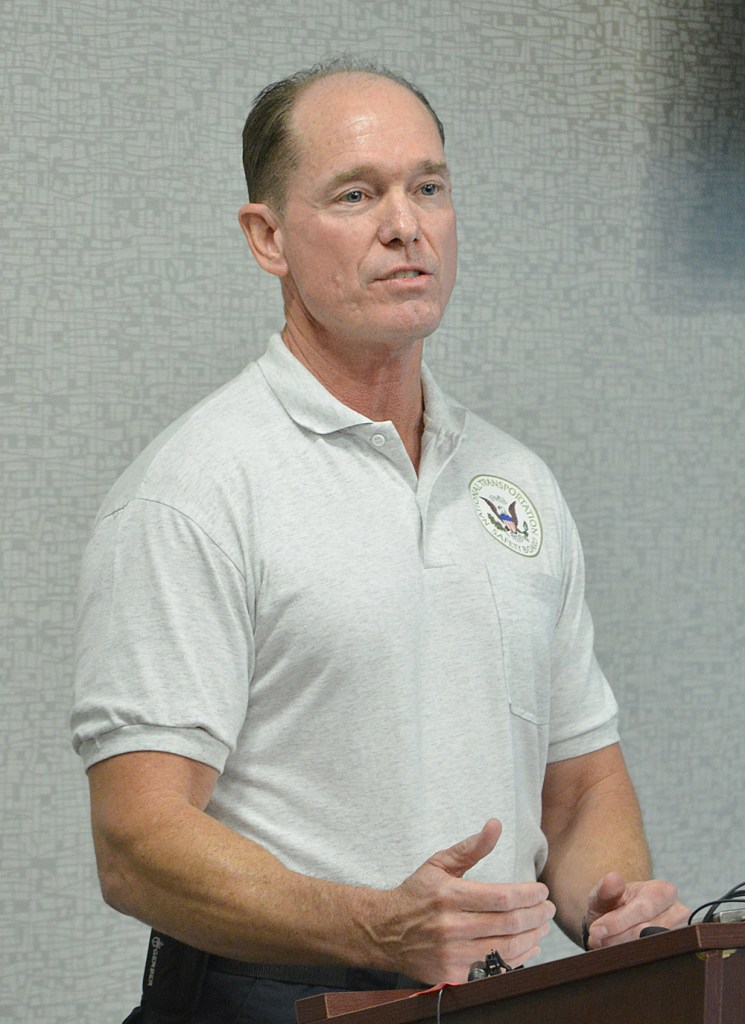 The NTSB conducts its investigations under what it calls “the party system.” And Enbridge Inc., the owner of Texas Eastern Pipeline, will be one of those parties.

The National Transportation Safety Board’s lead investigator said Friday that the company will assist by offering “technical expertise” in order for the safety board to gather information to determine what caused Thursday’s pipeline blast of Enbridge’s Texas Eastern Pipeline.

The incident killed one person and destroyed several homes, cars and structures in the Indian Camp neighborhood of Moreland.

Mike Hiller led a press conference Friday, where he read from a prepared statement, explaining how the investigation is being conducted. The NTSB will not be determining a probable cause of the pipeline explosion while on the scene, he said, nor will the board “speculate” about what may have caused it.

Some good news for people affected is that Hiller thinks residents may be able to return to collect personal items from houses that weren’t destroyed, as early as Saturday morning or afternoon.

“The safety board offers ‘party status’ to companies, government agencies and associations that have and can provide technical assistance to the board’s investigation,” Hiller said. He said “parties,” whether they are operators, shippers, manufacturers, unions, emergency responders or other groups, assist the safety board by “offering specific expertise the board personnel may allow.”

Hiller said the NTSB is a “small organization, and we cannot hope to be knowledgeable of every facet and every phase in the transportation industry. Therefore, the board offers party status to those agencies and organizations …” that can help the board “develop the best, possible, factual record.”

Hiller said those parties are “providing technical expertise to the NTSB’s investigation, however they will not participate in the analysis of facts or assist in the determination of probable cause. And the parties to this investigation are Enbridge Inc., and the PHMSA (Pipeline and Hazardous Materials Safety Administration).”

The NTSB took over the incident site Thursday. Hiller said it is an “independent, federal agency charged by Congress with investigating every civil aviation accident in the U.S. and significant accidents on railroads, highways, marine and pipelines.”

Hiller said the area of pipeline affected was installed in 1957, running from Ohio to Mississippi. At approximately 12:24 a.m. Thursday, “the pipe ruptured, releasing natural gas, ignited and burned.” He said approximately 30-feet of the pipe was ejected from the ditch.

Hiller said no other reports of recent releases or leakage have been documented from the area. “We are aware of a release that occurred nearby at the compressor station,” he said, referring to the one located in Danville, which happened in May. He said it involved the failure of a pressure release device to reset.

The NTSB created a team of three investigators with expertise in metallurgy, operations and emergency response to conduct the on-scene phase. “A member of NTSB’s office of media relations also accompanied the team,” Hiller said.

Hiller said that on Thursday evening, members of the team met with Enbridge and a representative from PHMSA, which is part of the Department of Transportation, and is the country’s regulator of liquid and natural gas pipeline safety.

“Also yesterday, the investigative team conducted site visits to the location where the pipe exploded and came to rest,” Hiller said, and is in the process of completing a thorough documentation of the accident scene.

Information will be gathered on the maintenance and inspection records of the pipeline, as well as prior repairs done. “We will also conduct interviews with the operators, maintenance personnel and managers, local emergency responders and other individuals that may have information …”

Hiller said he anticipates they will be taking a section of the pipe back to NTSB headquarters in Washington, D.C. “for a more thorough exam.” The mission, he said, is not only to understand what happened, “but why, and the recommended changes to prevent it from happening again.”

Hiller said the on-scene phase of the investigation should last about a week. When asked by a reporter, he said the full investigation could take anywhere from 12 to 18 months.

“And we are also very interested in video — security video that may have captured any portion of the accident.”

Hiller said a special email account is set up by the NTSB for this purpose — witness@ntsb.gov. He said the email should be used by “anyone who has a video to send.” The area will also be canvassed by NTSB, in order to find more witness statements.

A reporter said a person from the area told her Enbridge had replaced some of the portion of the affected area, and asked if that was the same pipe that ruptured.

“At this time, we don’t have a record of that information, but we do have Enbridge as a party to our investigation … We’ll see all records associated with this section of the pipe.”

Hiller was also asked about the discrepancies in the acreage the blast affected; he said “we don’t have an exact number,” and they will be doing an aerial mapping to survey the area.

There are also two more adjacent pipes in the area, which HIller said they are aware of.

Hiller said all future updates on the accident will come from the NTSB headquarters in D.C.