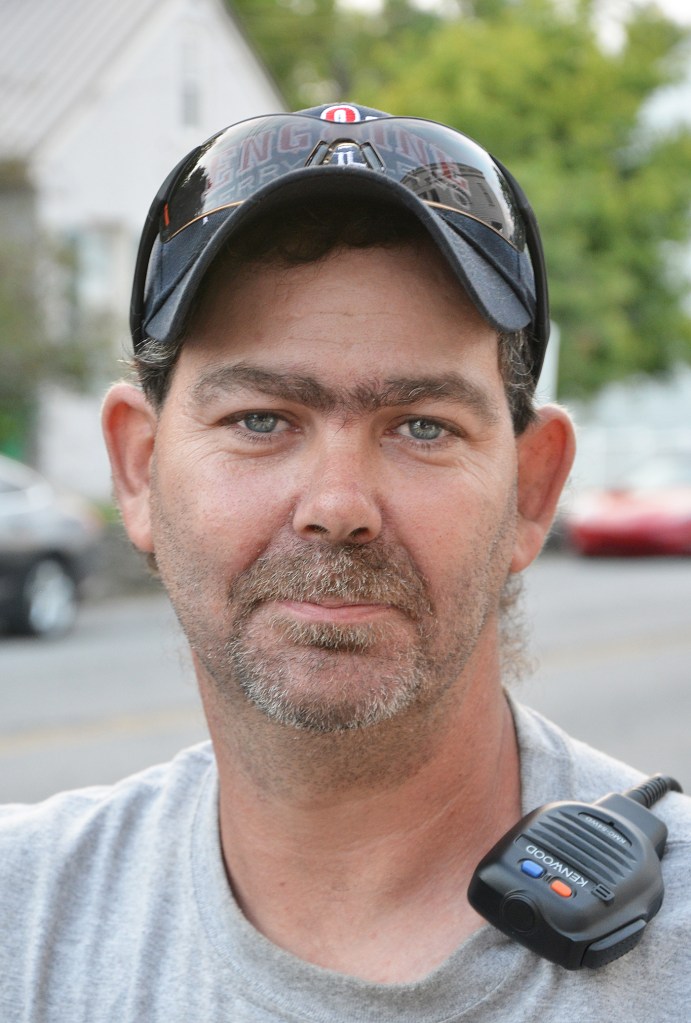 Firefighter Sammy Warren was honored Thursday, along with Constable Buck Sawyer for saving a man out of a burning home.

Sammy Warren has been a member of the Perryville Fire Department for less than three months, but has already received special recognition for his service.

During the Perryville City Council meeting Thursday evening, Warren, and Boyle County Constable Buck Sawyer, who has more than 30 years of firefighting experience and member of the PFD, were honored for their heroism in getting an elderly man out of his burning home Monday evening in Mitchellsburg. Sawyer had also been praised for his actions during last month’s “Pulse of the People” public forum in Perryville.

“Even though it wasn’t in Perryville, I think it was certainly worthy of recognizing these guys for what they did,” said Perryville Fire Chief Anthony Young. Helping people is what motivates volunteer firefighters, Young said. “That’s what we do. That’s what everybody does.”

Warren said they were working at the garage in Mitchellsburg when someone stopped by and told them about smoke coming from the house.

“We just went in and did what we had to do,” Warren said.

Sawyer said he was glad to have Warren on the fire department. “We can always use a couple of good guys.”

Chief Young said Warren is “new” to the department. “He’s excited, which is a big thing. It’s hard nowadays to get people to volunteer.”

“When you find somebody who’s energetic and excited about that kind of stuff, especially what he and Buck ran into, that’s important. Those are the type of people we need. Their whole goal and motive is helping people.”