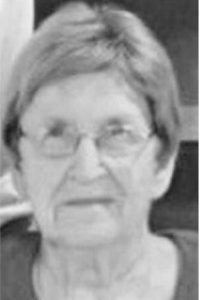 Mary was a member of Manna Harvest Church in Gravel Switch. She greatly enjoyed flowers, going to the creek with her grandchildren, browsing through yard sales and Howard says she was a better tobacco stripper than anybody. She loved her family and will be dearly missed.

Along with her parents, Mary was preceded in death by a daughter, Carolyn Lee and brother, Raymond Holt.

The funeral service will be 2:00 p.m., Tuesday, August 6, 2019 at Walden Funeral Home Perryville with Jerry Lanham, Jeff Sparks and Ronnie Lee officiating. Visitation will be at the funeral home on Tuesday from 11:00 a.m., until the time of the service at 2:00 p.m. Burial will be private.