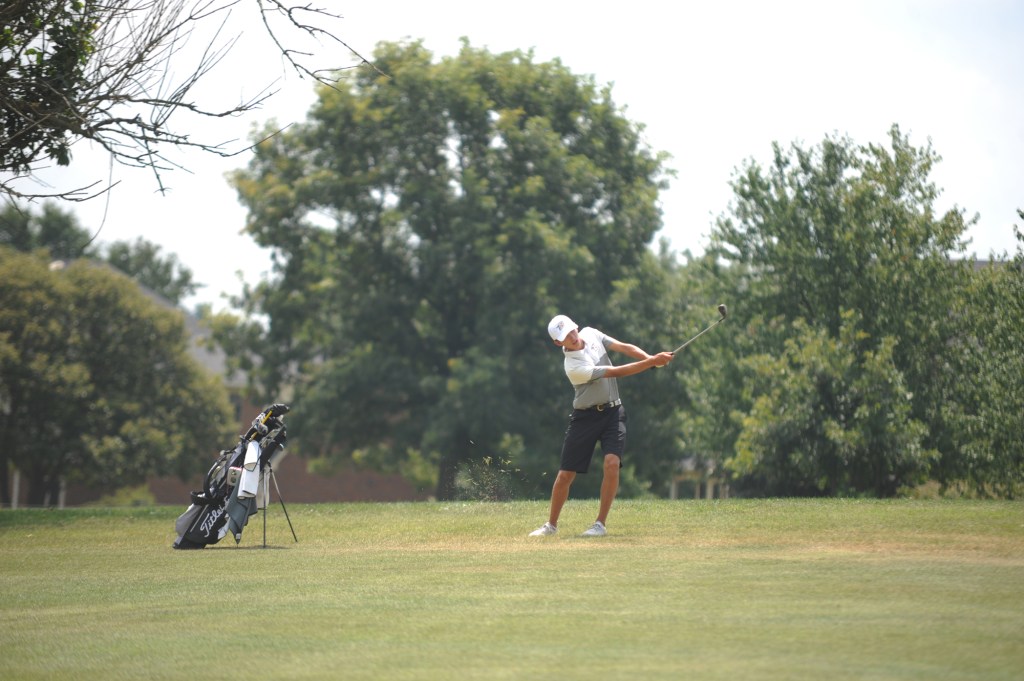 William Carr plays a shot out of the rough to land on the green. His score of 76 tied for fifth among all players in the tournament. (Photo by Derek Brightwell)

Led by those top two, no Rebel golfer finished above 100 on the day, posting a total team score of 326.

Second year coach Taylor Webb was encouraged by the outing in his team’s first tournament of the year, but is hoping to see some of the scores come down.

“I’ve got some positive and some negative. I never want to look at it negatively, but you’ve got to look at from both sides,” Webb said. “Two good scores from two guys that I expected to do good. The other guys have some work to do, so we just have to put in more work.”

Tournament co-host Mercer County was led by senior Reed Gritton, who also shot a 76 to finish in the top five. Overall, the young Titans team shot a 370.

“I thought we hit the ball okay. The course played pretty challenging, we had some wind late in the day and it was dry,” Mercer coach Jay Anderson said. “The greens were pretty slick so our young players struggled a bit with the conditions somewhat. Reed, he’s a little disappointed. He didn’t have his A-game today and still managed a top five finish.” 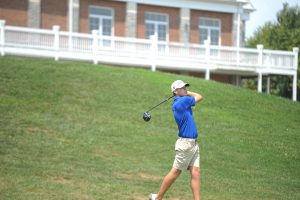 Mercer County senior Reed Gritton was “disappointed” despite finishing in the top five with a score of 76. (Photo by Derek Brightwell)

Colten Wilson’s 72 looked like it was going to stand as the lowest score on the day before Madison Central’s Clay Pendergrass had his score of 68, four under par, posted. 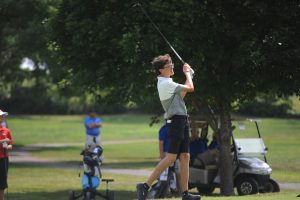 Colten Wilson shot an even par 72 to finish second in the Central Kentucky Classic. (Photo by Derek Brightwell)

As a team, Madison Central’s highest qualifying score was 80 as they finished first with a team score of 305. Mason County’s team score of 311 was good for second place.

Both Webb and Anderson were encouraged by what they saw out of their golfers on the day. Highlighting their team’s mental toughness even when shots weren’t going their way.

“The guys fought hard and didn’t give up. Even the ones who didn’t play their best, they didn’t show emotion,” Anderson said. “I couldn’t tell if they were playing out of their minds or shooting the worst round of their lives. I’m pleased with where we are. We’re right where I expected we’d be this early in the season.

“My guys, I never have to question whether they’re going to give up,” he added. “They’re never going to give up. We just have to work on body language, you know even when things aren’t going your way, not expressing that outwardly. We’re getting better at that. I don’t want to be able to just drive by and know how your round is going by how you’re walking off the green or down the fairway. I want to have to ask.”