Danville residents ‘brainstorm’ on how to get more people downtown regularly 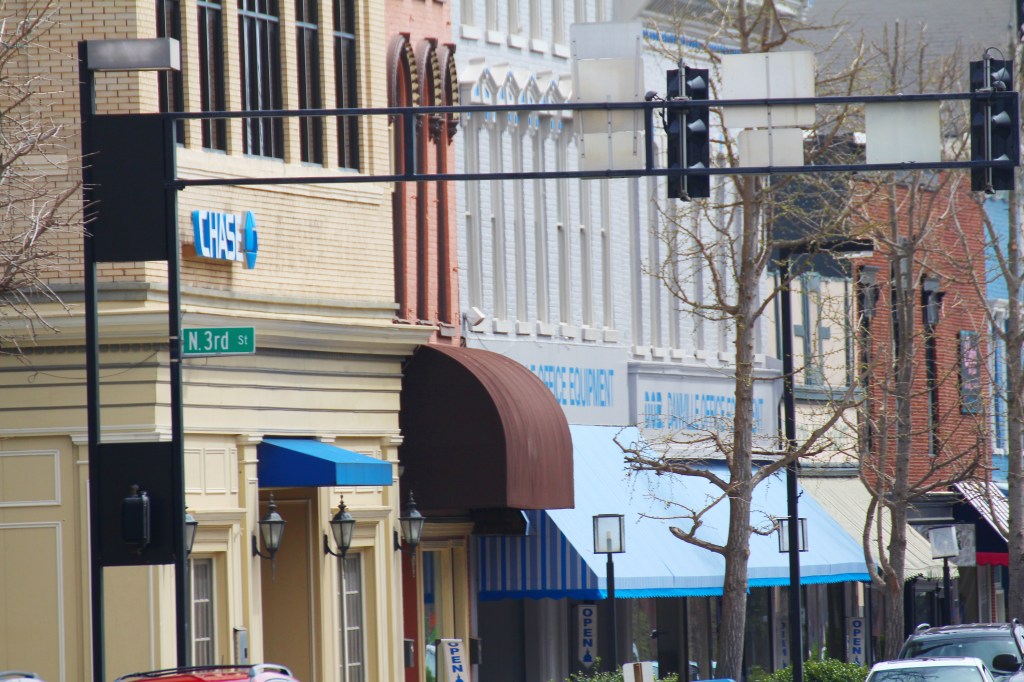 How to get more residents and tourists to visit downtown Danville was the topic of discussion during a public forum last week.

The Heart of Danville and Develop Danville sponsored the event where a webinar was shown that illustrated how other downtowns evolved into destinations for shopping, dining and entertainment; and people were invited to voice their opinions on how Danville could do the same.

In the video, narrated by Roger Brooks with the Destination Development Association, he said in order for downtowns to survive, they need to adopt a “mall mentality.”

“The heart and soul (of a county) is its downtown,” Brooks said. Like a mall, downtowns need to have one or two anchor tenants; have shops open after 6 p.m.; and cluster similar stores and restaurants together.

In addition, Brooks suggested that for a downtown to be attractive to visitors, it first must attract its residents.

During the public comments, people voiced different opinions about what they thought was good and bad about the city — from having great historic features and medical facilities to “not having anything pretty to look at.”

Several people thought the “livability” of the downtown area was important to stimulate more retail businesses in the area. Being able to walk to shops and restaurants was important, but not just for the “critical mass;” also for the people who want to live close to downtown, someone said.

Danville has been described as “unique and charming,” said a downtown store owner. She said she hears from visitors how they love the four-block area of the historic district.

“Getting the right tenants” to locate downtown is important, someone else said, including having a grocery store in that area.

Vacant space in downtown buildings was another problem that was mentioned. “The holes on Main Street breaks my heart,” someone said.

Visitors are no longer interested in “historic tourism,” one man said. This is a beautiful town, like many others, he said. “But there’s no place for them to stop. … There’s no reason for them to stop here. No kind of a catch thing,” he added.

The webinar showed several examples of how some small towns changed their downtown facades — one went as far as to change the town’s look into a Bavarian village — to attract large numbers of tourists.

One of the meeting attendees said, “Some towns went crazy … but the one thing that kicked me,” was a restaurant that added several types of planter boxes filled with a variety of lush greenery in front of the business, which was the only attraction needed to make people take a second look and want to stop, she said.

Other suggestions to increase the number of people coming to  downtown on a regular basis include:

Danville Mayor Mike Perros told the crowd during the meeting that the city was in the process of selecting a company to create a downtown master plan. Once the company starts to develop Danville’s master plan, it will be crucial to collect “tons of public input,” Perros said, in order to devise it for residents and tourists.

The Heart’s Board Chair Valery McMann, who helped lead the meeting, said Danville has “tremendous potential.” She said “If we can make it better, the community would be better to play and hang out, and we want more of that.”

Some of the residents’ responses that would improve the downtown included:

Residents also thought that downtown Danville would be better if there were more “working class friendly” price points and longer hours of operation; more things to do, eat and shop; and more upper-story housing.