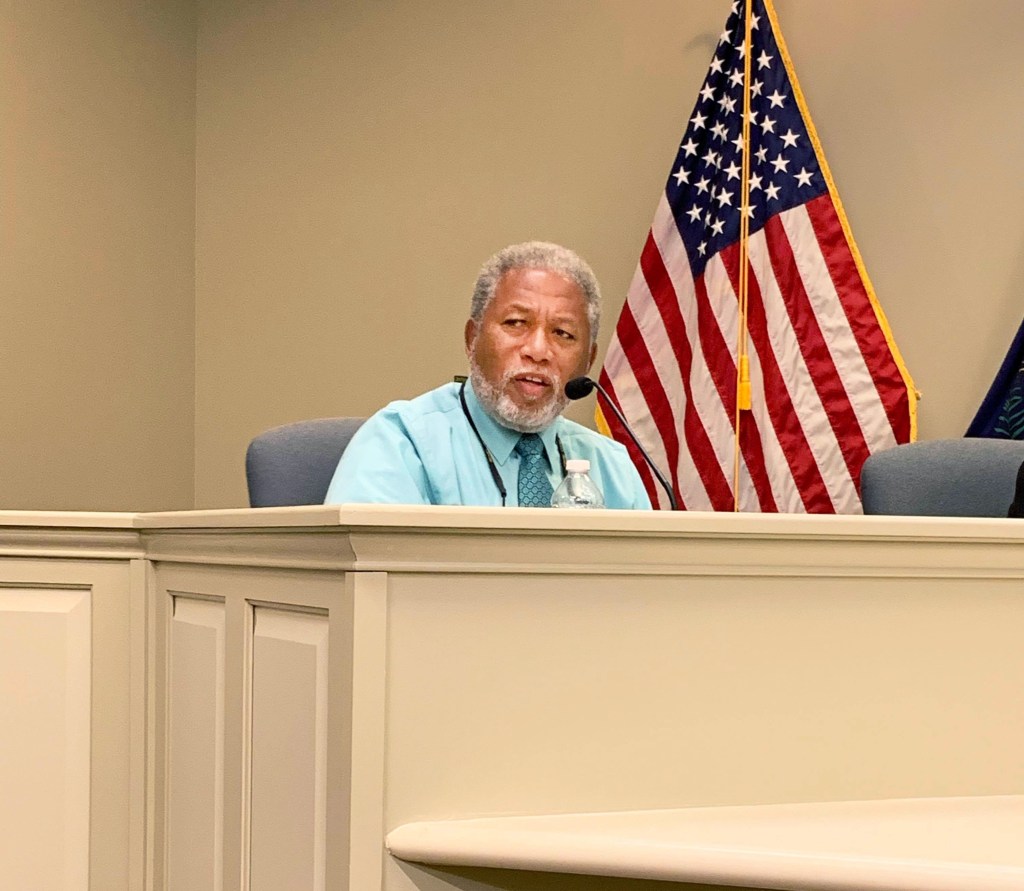 A few residents spoke Monday to the commission about what they are interested in seeing in the next city manager Danville hires. The city entered into a contract with Slavin Management Consultants to find its perfect candidate, and held a special-called meeting inviting the community to give input, which was not heavily attended.

City Manager Ron Scott will retire at the end of this year. He planned to open the meeting with an in-depth overview of the city manager form of government, but kept his report brief “given the fact that I recognize everyone in our audience who’s been here many many times …”

Mayor Mike Perros told those gathered there were no rules to speaking, other than staying within the three-minute timeframe allowed.

Magistrate John Caywood told the commission he and the court are interested in “teamwork. That’s what I want, with whoever replaces the efforts Mr. Scott has had with the Boyle County Fiscal Court, that it be someone who has some patience, strengths, willingness to help find some common ground to work with the court.”

Caywood said, “There will always be bumps, we all think differently. … I think the citizens deserve and want us to work together, find common ways to do things better for the community.”

He said, “deep down, the court really wants to,” referring to working better with the city commission.

As Caywood walked away from the podium, Perros offered a playful dig. 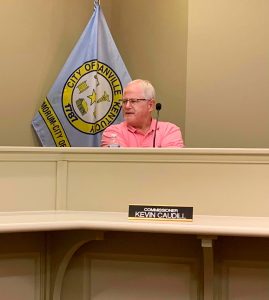 “So, how’s that Parks & Rec ordinance going, John?” the mayor asked. The city and county have gone back and forth for some time now in an attempt to work together on a new ordinance to govern the agency. Caywood slowly walked back up to the podium as many chuckled, and said, “Is my three minutes up?”

Resident Mark Morgan told the commission that after hearing about what the search entails with the consultants, he is confident candidates will have skills like accounting, fiduciary and legal knowledge to handle the job. However, he feels it will be a challenge for it “to find someone with the professionalism and demeanor that we’ve enjoyed with Mr. Scott.”

He said he’s always found when someone approaches Scott about a policy, “that person comes away knowing they’ve been listened to and heard. Ideas have been considered, respectfully. ‘No’ is delivered not in a personal way …. And we need a manager strong enough to tell the public and each commissioner ‘no’ when it’s appropriate …”

Resident Wilma Brown, who has been a vocal critic about the salary Scott receives being in excess of $130,000, complimented the city manager. “He always returns telephone calls and emails promptly — that’s extremely important. His communication skills are very good …”

Brown also appreciates that Scott is very involved in the community. “We see him out, enjoying things in the community. In a small town, it’s important that we have someone who understands that’s the nature of a small town — we’re going to know you, who you are, and we’ll be watching you.”

Convention and Visitors Bureau Director Jennifer Kirchner said she would add to the list, “whether we’re talking about broadband for the final mile or providing city services, I think being technologically plugged in and moving towards being a smart city is important.” She said she’s not sure what that translates to, “as far as someone being tech-savvy, I just know that we need to be good at it.”

Resident Tom Poland said he appreciates the commission’s approach in searching for the next city manager. “It hasn’t always gone smoothly … “ He said there were times in the past where “the commission said, ‘you’ll be it,’ and that’s not the way to do it.”

Making sure the candidate understands the “historical tone” of the community is something the commission should keep in mind, Poland said. He said it’s also important they understand the Economic Development Partnership, and the city’s “uniqueness in regionality, our medical community, and Parks and Recreation …”

He said the city manager form of government “has served us incredibly well. It has been the fulcrum of what has made our community.”

Scott said the form of government began taking place in the 1960s in Kentucky, being adopted in 19 cities He said a major influence in its development “was to have an organizational structure in governments similar to the for-profit corporation,” comparing it to a president with a board of directors, and a professional chief executive officer to run operations. Its rise was also a reform movement at the turn of the 20th Century, he said, in response to perceived corruption.

“I think it works quite well in Danville … It was approved by the vote of the people …” he said. Scott said business, industry and residents “value consistency, professionalism and having an experienced, politically-impartial city manager efficiently carry out the administrative function of the city.”

Scott said the “unique feature” of the city manager form of government is the interaction of council members in both policy and administration, and authority is unified between the mayor and members — there is no separation of power.

He said when there is separation of power, “the mayor can limit the policy advice given to the council and can shield staff from council oversight.” In contrast, he said, with the council-manager form in which the council has authority over the manager, “the mayor in the mayor-council form is a separate and independent executive.”

Bob Slavin, owner of Slavin Management Consultants, was on-hand at the meeting, along with Randi Frank, the consultant handling the placement. Slavin said he estimated as many as 10 semi-finalists would be presented to the commission, and planned for the process to last no more than 90 days.

Slavin said he and Frank spent Monday talking with commissioners and holding general meetings with senior staff. Tuesday, they met with various department heads and toured the city.

The City of Danville has 150 full-time employees, and manages a fleet of vehicles “that’s probably in the 200s,” Scott said.

Perros asked Scott for those numbers; he wanted that information out so that “the public can understand that this is a corporation, if you will. If you look around and talk to CEOs of some of our industries, Mr. Scott’s job is every bit as big — if not bigger — than theirs.”