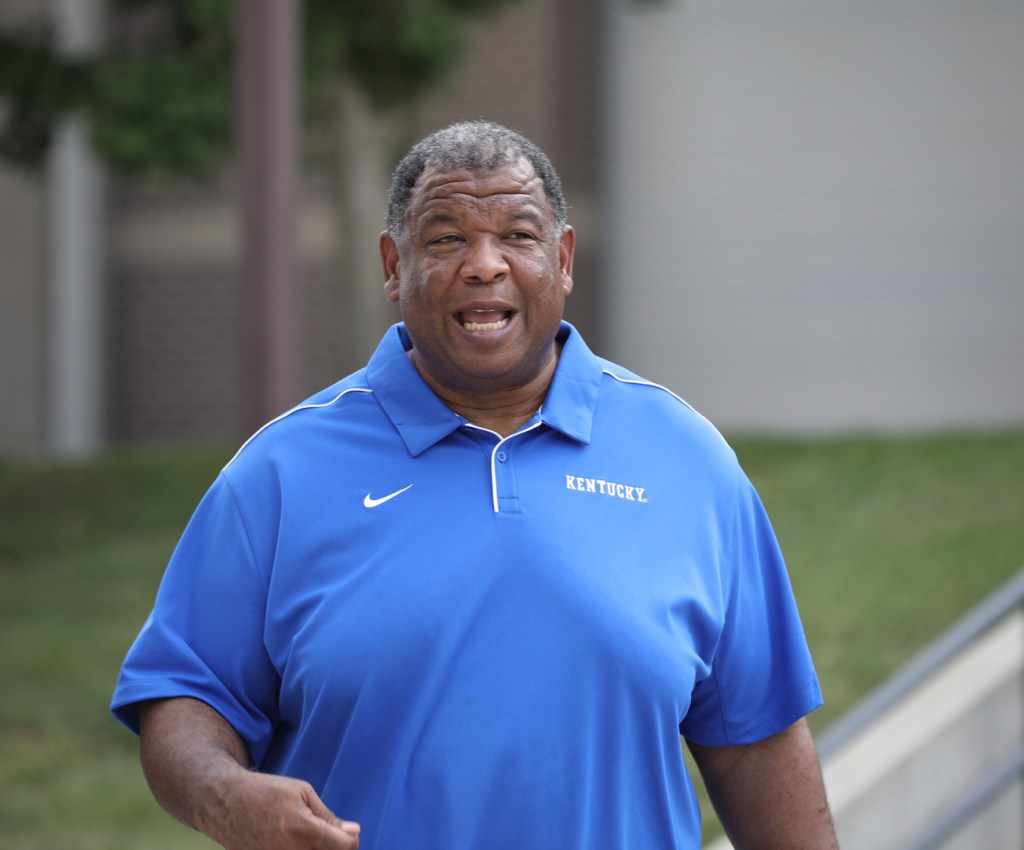 Vince Marrow thinks having four children, including one who played football at Alabama, helps him relate to recruits and their parents. (Vicky Graff Photo)

What makes Vince Marrow such a dynamic recruiter for Kentucky football?

“I have four kids of my own and a son who played at Alabama and won a national title,” Marrow, UK’s recruiting coordinator and tight ends coach, said. “You have to find out what kids’ interests are and what their parents are interested in. Who are the decision makers in the kid’s life? What ups and downs has he been through?

“The way I relate is the same way I relate to my own kids. Kids can tell you what their generation is like. I ask kids who is that singing that song. Stuff like that. I am like a kid really. I love kids, I really do.

“My main thing is most kids we recruit are from inner cities, single mom, live with grandmother. I want to help change the direction of their life. Everybody is not going to play pro ball but I can help them get a degree and change their life.”

He also doesn’t bash a player who doesn’t pick UK and tells fans not to, either. He points to Florida State transfer linebacker Xavier Peters, a one-time UK commit, as why he never burns bridges.

“I never talked to the kid again after he signed with Florida State, but when he wanted to leave to get back closer to home he knew he wanted to go to Kentucky. You just never know what might go full circle in recruiting,” Marrow said. “If fans bash a kid after he goes somewhere else it can be a negative experience and he won’t consider coming back.

“I didn’t really know what this fan base was like when I came here. The majority are really good. There is serious football support here. This is a very unique place. That’s one I reason I have never left (for a another job) along with just loving the guys here. I want to be part of winning and get this place really going. We’re heading that way, but there’s still more we are going to do.”