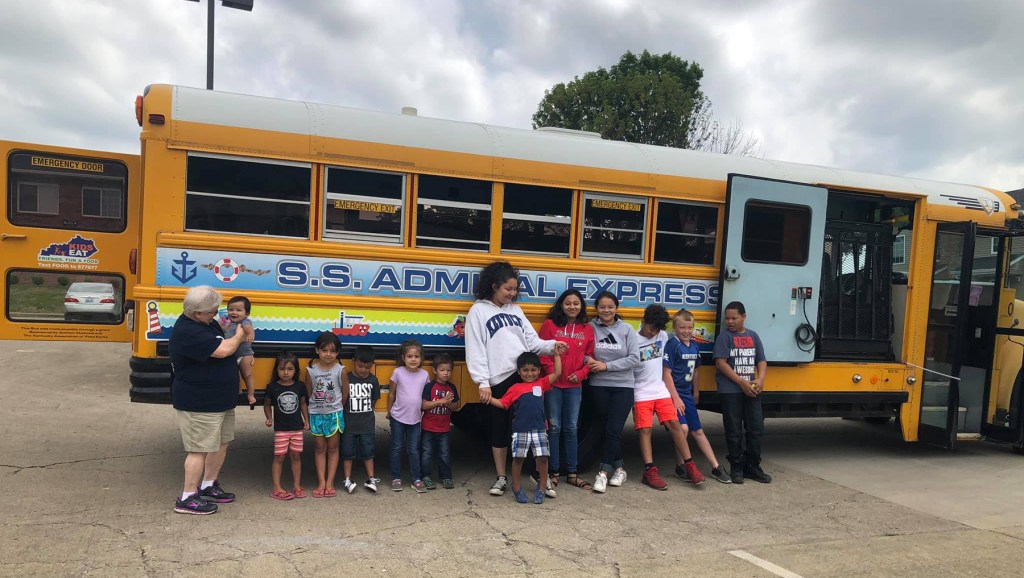 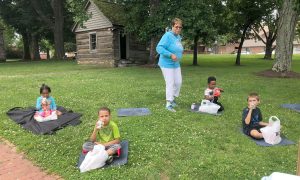 The Danville and Boyle County schools’ summer feeding program served a total of nearly 35,000 meals to students during summer break.

Boyle Schools Food Service Director Katie Ellis said its program is continuing to serve meals through Monday, but at last count they had served about 14,000 meals at 14 different sites, which included breakfast, lunch, dinner and snacks, so the total will rise.

“The feeding program has grown this year,” Ellis said. “Every year you want to reach families across the community. It’s ongoing work.”

The summer feeding program “is more than about the meals. It’s also about building up kids and families.”

For example, Cindy Qualls, who is a cook at Boyle County High School, has worked with the program for four years. Ellis said she’s heard many stories about how Qualls builds relationships with the students, and their families and caregivers where she delivered meals at the Elm Tree Apartments and Perryville Baptist Church. Qualls is always interested in how the kids’ days are going, Ellis said.

Qualls said the summer feeding program “is great for the community and the kids. They meet and socialize and eat good food.” Each time she pulled up to the meal site, kids recognized her vehicle and called out, “Cindy!” or “the lunch lady!” or “Ms. Qualls!”

“They’re all excited to see me. … I’ve been blessed to meet new friends and have pretty special kids,” Qualls said.

The S.S. Admiral mobile unit also surpassed its numbers, Peach said. This year it served 160 meals a day for several days. Last year, the total never went over 125 meals in one day.

With next year’s goal, Peach said she wants the summer feeding program to include supper meals on the mobile unit, thus increasing its community outreach even further.

Over the summer, Danville’s feeding program was set up at Millennium Park when ball games were being played. One time they had to stop serving children’s suppers early because lightning hit the area, Peach said. A father showed up with his children so they could eat their supper at the park, but saw it had shut down.

Peach said the dad texted her and asked, “Is there somewhere I can go?” to get the free meals.

She gave him a number to text “Summer Meals” and he was able to see a map where other meals were being served, even though it was in another school district.

“It’s one of the most awesome things. Even if we weren’t able to feed them, we could still help,” Peach said.

Going out into the community and feeding the children “really gets us tight with the community,” she said. “It makes us more like a family.”