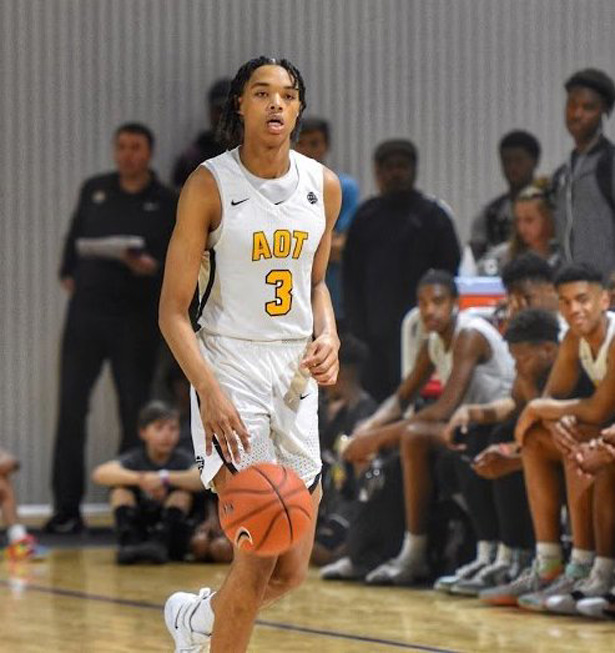 Boston, the nation's No. 2 shooting guard recruit, is a key part of Calipari's recruiting class for 2020. (LakePoint Basketball)

Chris Fisher, recruiting analyst for The CatsPause and 247Sports Network, believes it weighed heavily on guard Brandon Boston Jr. when he visited UK during the season and the Cats thumped Auburn. That perception didn’t change even after Auburn beat UK in the Elite Eight.

Boston, a top 10 player, was UK’s first verbal commitment in the 2020 recruiting class.

“Kentucky really did a good job wrestling momentum away from Auburn and then Duke,” Fisher said. “It’s really a significant move to get the No. 2 shooting guard and No. 10 overall player in the class committed.

“I think he’s just scratching the surface of what he can do, too. He’s one of the most versatile players and smoothest scorers you will see. His arsenal will only develop as he adds strength. He’s a huge first piece of what could be a dynamic recruiting class.”

Fisher says Boston fits perfectly in the Calipari recruit mode — a player who will sacrifice playing time/individual numbers to play with other great players.

“He also knows not a lot of McDonald’s All-Americans stay at Kentucky for their junior seasons,” Fisher said. “Kentucky could well lose Tyrese Maxey, Ashton Hagans, Immanuel Quickley and Johnny Juzang all off this team (to the NBA). That’s what makes him such an important building block for your next team.”