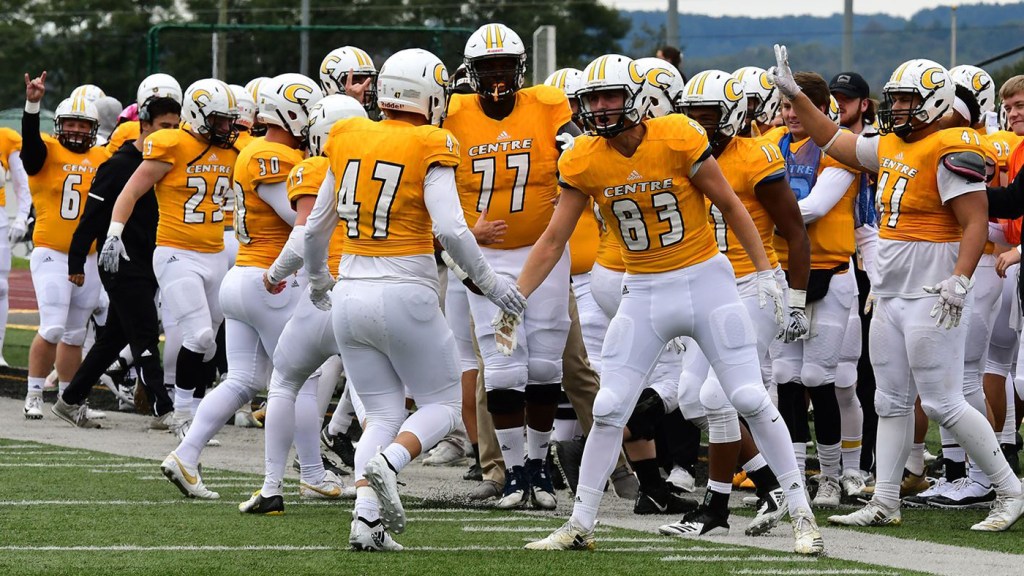 The Colonels are preseason No. 20 after earning a berth in the NCAA D-III playofss last season. (Photo by Chris Zollner)

Centre football is ranked No. 20 in the D3football.com Preseason Top 25, it was announced Thursday afternoon.

The Colonels, who checked in at No. 21 in the 2019 College Football America Yearbook Division III preseason Top 30 a few weeks ago, are coming off a 10-2 campaign in 2018.

Centre claimed a share of the Southern Athletic Association (SAA) championship and secured the program’s third NCAA Division III Playoff berth, as well, dismantling Washington & Jefferson in the opening round.

SAA rival Berry is No. 16 in the D3football.com poll, while associate-member Trinity (TX) is receiving votes.

Centre opens the season Sept. 7 at Hanover, with kickoff scheduled for 1:30 p.m.