Changes in form, scheme could see more passing for UK 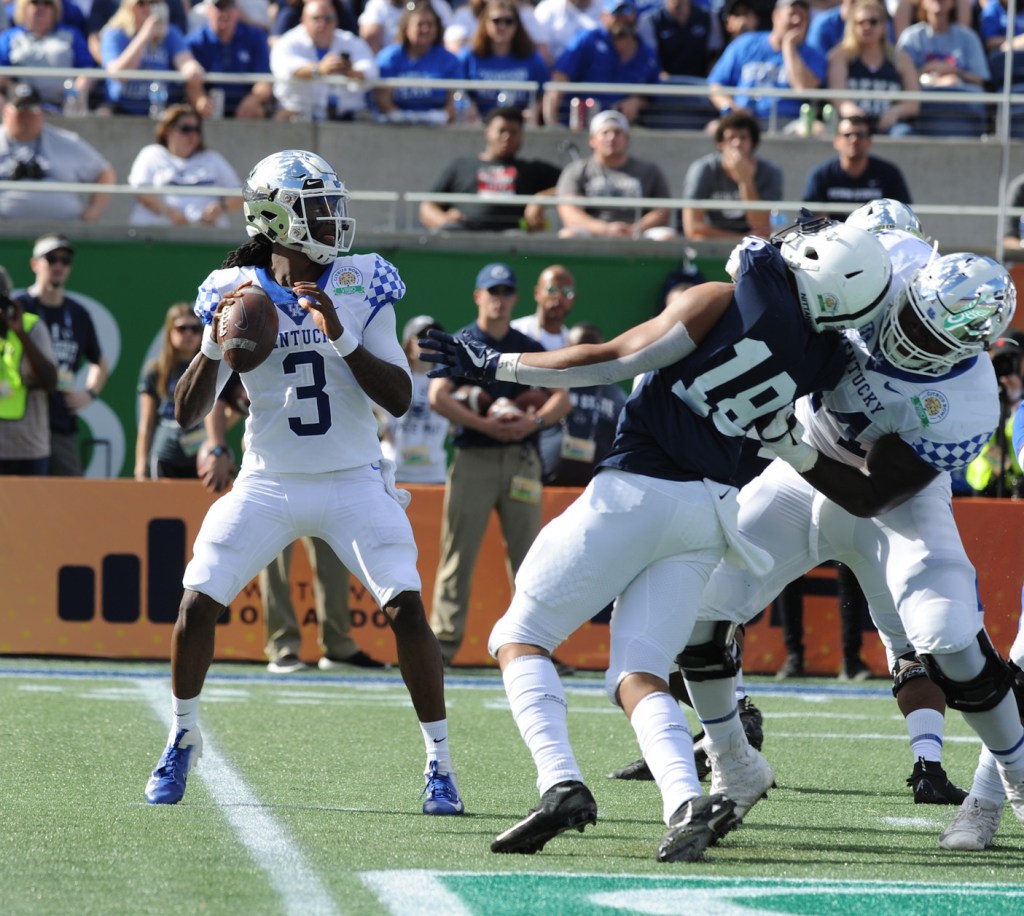 Kentucky coaches have made some subtle changes they believe will make quarterback Terry Wilson a better passer but they also won't be afraid to let him run the ball. (Vicky Graff Photo)

Co-offensive coordinator Darin Hinshaw created a little bit of a buzz when he said quarterback Terry Wilson might throw 40 times per game – twice his average from last year – this season. Coach Mark Stoops didn’t totally embrace that thought at UK’s Media Day but also said he would do “whatever it takes to win” and did not rule out passing more with all-time leading rusher Benny Snell Jr. gone on offense and All-American Josh Allen and five secondary players gone off defense.

However, don’t forget that Wilson is also a nifty runner and could run more if needed as well.

“All our quarterbacks have to run. Are we going to run them to death? No. Most of the time when Terry runs it, it will be because the defense allows him to,” Hinshaw said.

“He ran really good on Florida (in a win last  year) but they didn’t know exactly who he was. People learned and defenses a great job not letting him run later in the season but then his passing numbers went up.”

Hinshaw expects teams, especially in the SEC, to make UK throw the football with no proven receiver returning except Lynn Bowden.

“Most improvement needed for us will be passing the football,” Hinshaw said.