Danville Youth Sports fills in the gaps of rec leagues 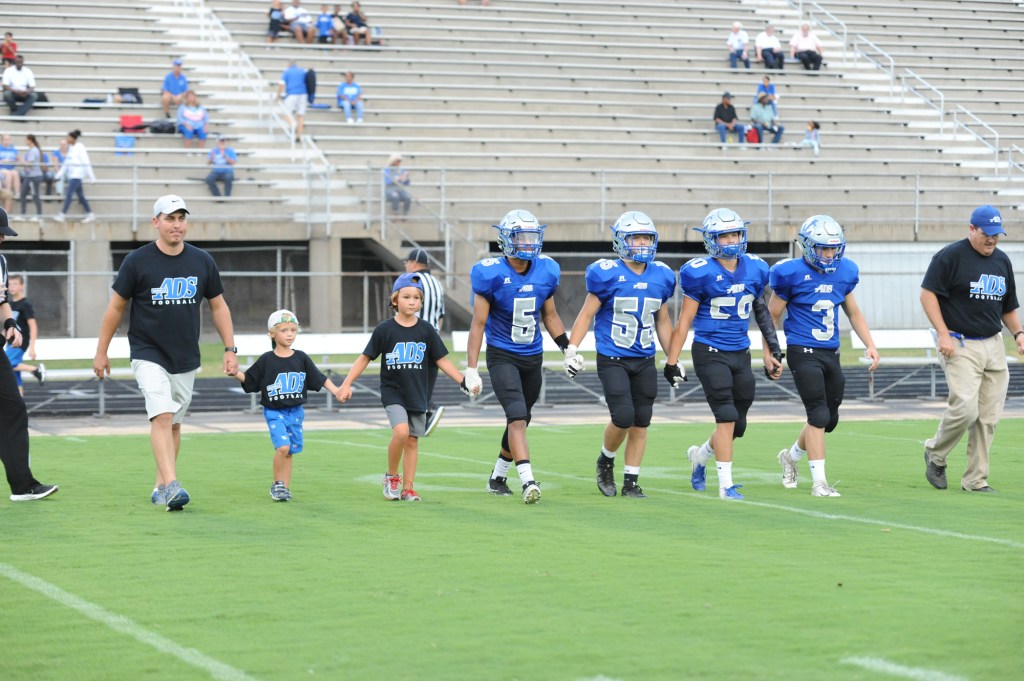 The Danville school system no longer will support youth football, which is where Danville Youth Sports steps in (File photo Matt Overing)

Heading into the year, it was unclear whether there would be youth football and cheerleading in the fall for elementary school kids in Danville. It was looking like the youth sports programs offered through the schools would be cut. Danville High School football coach Clay Clevenger changed that.

“We’ve always had a youth football program and it was offered through the schools. But it was just getting harder and harder for insurances and things at the youth and elementary level,” Clevenger said. “So it was something that we needed to set up, and so we set up our own 501C3 — a non-profit organization — and it’s geared toward the kids in the Danville school system.”

“Clay has really led the charge for this and has made all the things come together,” Danville cheerleading coach Jennifer Shearer added. “I’m really thankful he’s included me, because cheerleading sometimes gets left out.”

The program currently offers football and cheerleading, with volleyball beginning to incorporate camps for this year and plans to offer competitive teams next fall. Wrestling will be available in the winter, with track being offered in the spring.

“We started Danville Youth Sports, it’s geared toward elementary age, so fifth grade and lower, sports programs where there’s nothing offered at a rec level,” Clevenger said. “It’s something that, with the way we’ve set things up, that we could possibly do different sports. It’s all about getting insurance and raising funds or whatever that you need to do. We’re not trying to be a rec department or take over anything that they’re offering from our recs. But it’s something that will give kids an opportunity to be active and to play and be involved in some type of athletics.”

Danville volleyball coach Margaret Myers is excited for what the program means not just for DHS’s program but for the sport as a whole in the area. Currently, she sees a void in youth volleyball programs at the rec league level.

“My hope is just to introduce a knowledge of the game, some foundational skills so that when they come up to the middle school they have a basis of knowledge that I think will set us apart at the middle school level so they can work on more advanced techniques,” she said. “When they get up to the varsity level we can really take off from there.”

The football program will continue to operate in a similar fashion to how it did when it was still part of the Danville school system. It will field teams for second and third graders as well as fourth and fifth graders and compete against other schools in the area that offer the same age groups.

The cheerleading program will start off with sideline cheering at football games, but Shearer hopes that it can branch out and offer competitive cheer opportunities. For her, the biggest benefit of the program is just getting more kids interested in cheer at an earlier age.

“The biggest part is making (cheer) accessible for kids because cheerleading can be an expensive sport to get into, particularly at the youth level,” she said. “So we wanted to do everything we can to make it an accessible program for kids. And, you know, ultimately they go to the middle school and then the high school and compete varsity for us.”

That is another benefit that isn’t lost on any of the coaches involved: developing young athletes that will become Admirals that have been coached at a high level from a young age.

“Hopefully it’ll help to become a feeder system, obviously, for our high school programs. We set our board up with that in mind,” Clevenger said. “We have representatives from a lot of the various sports or head coaches currently at the high school level that are apart of our board. We look forward to seeing how it develops.” 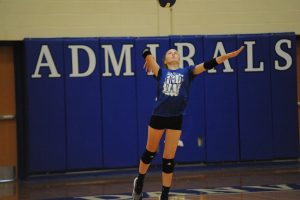 Despite not offering competitive teams for the fall of 2019, DHS volleyball coach Margaret Myers has emails and voicemails “frequently” from interested parents. (Photo Derek Brightwell)

“I do think volleyball does need to be improved in this area in general. I think kids need an opportunity to experience it before they get into middle and high school” Myers added. “But, ultimately, I’d love to see Danville volleyball improve more than Boyle County, Mercer County, Lincoln County volleyball. Love those coaches, love those programs but yes, ultimately the end goal is to benefit the varsity program here at Danville High School.”

Despite no longer being attached to the school system, the coaches involved on the board have taken the steps to ensure the Danville Youth Sports program has a school atmosphere.

In its first year, all of the coaches involved in the program are happy with the turnout. Even without a competitive team being formed for the 2019-20 school year, Myers said that she’s “frequently received emails and voicemails from interested parents.”

“I think the excitement is a little bit more because now we are our own thing and the possibilities are opened a little more at what we think we can do,” Shearer said. “It being its own thing is going to add a better layer to.

“We’re just excited to have this first year under our belt and then to figure it out and get better.”