EKU linebackers a strength of the defense 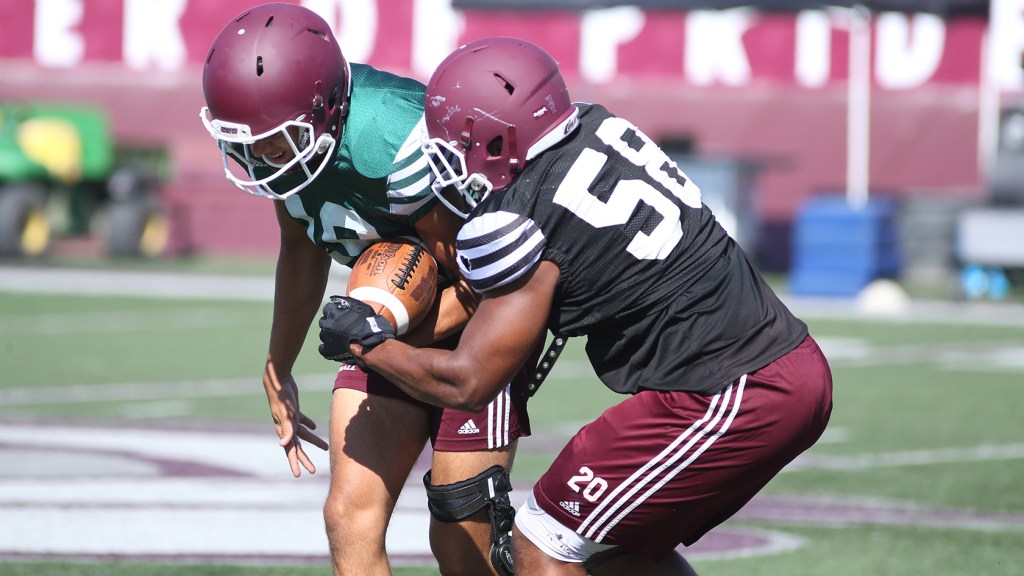 RICHMOND — The Eastern Kentucky University linebacker corps will be strong in 2019.

First team All-Ohio Valley Conference selection Leodis Moore III is one of two starters returning at the position.  The other is Steven Crowder. Moore, a redshirt senior, had 48 tackles and ranked ninth in the nation with 0.5 interceptions per game.  Crowder is the top returning tackler with 73 a year ago. The junior also had nine tackles for a loss, two sacks and an interception.

Corey Glass also returns to the rotation after missing most of last season with an injury.  As a sophomore in 2016 he was third on the team with 73 tackles.

“We’re progressing.  I’ve been pleased so far the first couple of days about how the older guys are doing,” co-defensive coordinator and linebackers coach Shannon Morrison said.  “The freshmen are further ahead than any freshmen we’ve had so far and I think that’s because of the amount of reps we’re giving them with the way we’re structuring practice.” 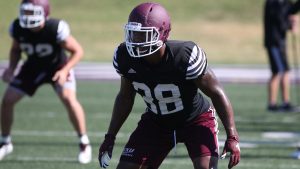 Redshirt freshman Jakari Lumdsen will provide depth for the linebacking position at EKU this year. (Photo courtesy of EKU Athletics)

“Overall as a group, I’m pleased and hopefully we can continue to get better,” said Morrison.  “I’ve been pleased with the communication. Our middle linebackers are our quarterbacks of defense.  They set the front, make sure everyone is in the right gap and doing the right things. We’re doing a good job communicating there.  We’re doing a great job of playing hard and running to the football well. Our effort has been tremendous.”

The 2019 season begins for the Colonels on August 29 when Valparaiso visits Roy Kidd Stadium.