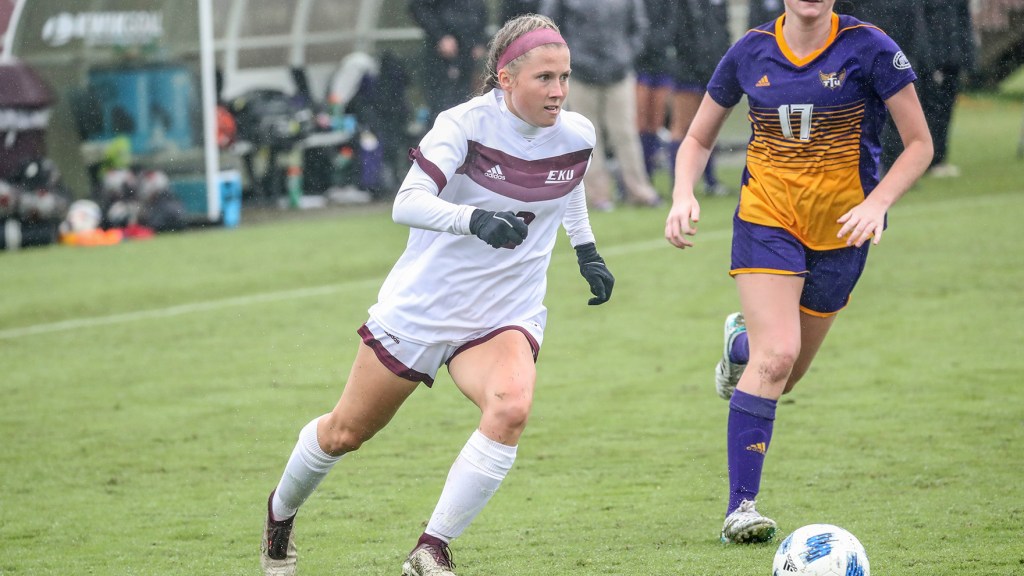 Senior midfielder Marian Wolski is one of the key returning players for the Colonels this year. (Photo courtesy of EKU Athletics)

BRENTWOOD, Tenn. – The Eastern Kentucky University soccer team has been picked by league head coaches and sports information directors to finish third out of 11 teams in the Ohio Valley Conference this season.

The Colonels went 8-8-4 (4-3-3 OVC) and finished tied for second in the OVC last fall. EKU advanced past SIUE via penalty kicks in the quarterfinals of the OVC Tournament before dropping a hard-fought match to No. 1 seed UT Martin, 3-2, in the semifinals.

The Colonels open the regular season at Ohio University on Thursday, August 22 at 4 p.m. ET.