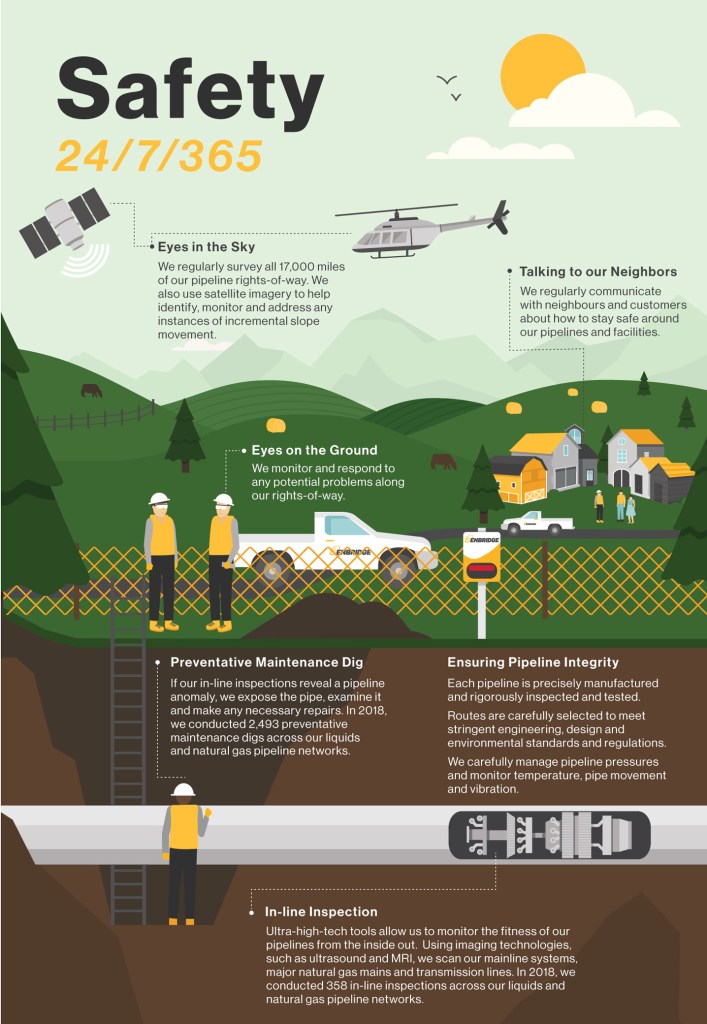 Enbridge Inc. has taken back over the gas line explosion site in Moreland from the National Transportation Safety Board, according to a company spokesperson. On Thursday, Aug. 1, the Texas Eastern Pipeline the company owns, running through the Indian Camp Road neighborhood, ruptured and caused a massive explosion, killing one person and sending several to the hospital.

PHMSA is the regulator of all pipelines in the U.S Barnes said, and has a “broad range of requirements to make sure pipelines are safe.” The agency issues a CAO to every company that has a pipeline event, he explained.

The CAO is a series of complicated steps that Enbridge will follow in order to make sure its pipelines in the area near the rupture and explosion site will be safe once the natural gas is allowed to run through them again.

“Enbridge takes these issues very seriously. We will address all the site-specific concerns identified by PHMSA and will be undertaking rigorous inspections on the pipelines in compliance with the CAO before returning the two pipelines to service,” Barnes said.

Barnes said he was not at liberty to say what the “site-specific concerns” were because the incident is still being investigated by the National Transportation Safety Board (NTSB). He was also not able to comment on or give any information as to how far up and down the pipelines the inspections will go.

The pipelines being inspected will not be returned to service until Enbridge satisfies regulatory requirements, Barnes said. “We have no have timelines on when that will occur.”

The ATMOS Energy system, which is the utility that supplies natural gas to its customers in Boyle and Lincoln counties, doesn’t rely on Enbridge to supply its product and is operating safely, according to ATMOS spokesperson Kay Coomes.

“We did not suffer any disruptions to our system or our customers’ services,” she said in an email on Friday.

NTSB returned control of the incident site to Enbridge about noon on Friday, Aug. 9. Enbridge is mobilizing work crews to the area to begin assessment work on the two natural gas pipelines adjacent to the impacted pipeline, Barnes said. There are several ways that Enbridge will be inspecting the pipelines. The process is called Inline Inspections, or ILI.

One way is using a large, high tech tool, called a “pig,” which is a large device to inspect the interiors of the pipelines. The pig is put inside a pipe at one of the above ground “pig launcher” sites. It can travel tens to hundreds of miles either electronically or by pressure, Barnes said, and is called a “pig run.”

Barnes said some pigs can be used to clean out the oil and gas and push the product through pipes. But in the case of the Indian Camp area pipes in Lincoln County, the pig will have a variety of high-tech sensors, including advanced imaging technology like Magnetic Resonance Imaging (MRI) or an ultrasound similar to what’s used in the medical industry, to scan the pipeline inch by inch to collect data from the interior sides of the pipes such as indentions, rust, dips or any other anomalies.

“It’s like a high definition MRI” of the interior, Barnes said, but it isn’t a camera.

Another inspection process will be a crew’s visual inspection where sections of the pipeline will be carefully exposed. They will look for rust and other suspect integrity aspects that could impact the pipe’s integrity, Barnes said.

Barnes said Enbridge has more than 100 people in the area who are  working on teams that “do a variety of things to assist in the investigation and with helping the displaced residents.”

“We will ensure all work activities are being done safely and respectfully to minimize disruptions to the surrounding community.”