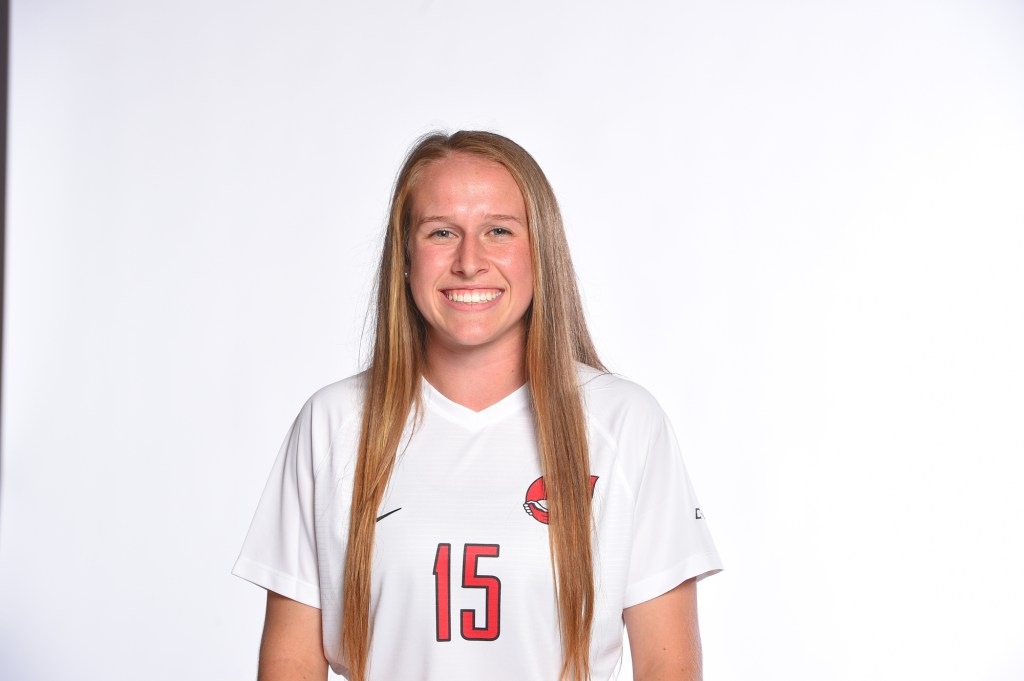 DALLAS – Sophomore Ambere Barnett has been named to the All-C-USA preseason women’s soccer team as announced by the league office on Monday afternoon, and WKU has been selected to finish 10th in the annual preseason poll as voted on by the league’s 14 head coaches.

One of the top freshmen in the league last season, Barnett ended her first campaign on The Hill with seven goals, eight assists and 22 points, tied for the seventh-most points in a single season in WKU history and the most by any Lady Topper since 2012. The Rockport, Ind., native is WKU’s first preseason all-conference selection since the trio of Chandler Backes, Allison Leone and Nicole Roseland each received preseason accolades prior to the 2017 campaign.

Last season, Barnett became just the second Lady Topper in program history to record multiple five-point matches in a single season, notching five points (two goals, one assist) in an early-season win at Evansville before keying WKU’s thrilling 4-3 win over UTEP with a six -point performance, firing two goals and two assists. In total, Barnett recorded at least one point in eight matches during the 2018 campaign and finished the season strongly, with a six-match point streak to close conference play.

WKU is well-positioned to be a scoring threat this season and returns three of its top five goal scorers from last season. In 2018, the Lady Toppers fired 32 goals overall with 17 of those coming during conference play, WKU’s most since joining the league prior to the 2014 season. Of WKU’s 32 goals scored last season, 23 were scored by players who will be returning in 2019.

The Lady Toppers scored four or more goals in four different matches last season, including a nine-goal outburst against Kentucky Christian for the program’s most in a single match since 2002. Two of those four matches came in back-to-back tilts during C-USA play in victories over FIU and UTEP at the WKU Soccer Complex.

WKU earned draws against 2019 preseason favorite North Texas and third-favorite Rice last year, tying 1-1 against the then-No. 24 Mean Green before a 3-3 deadlock against the Owls in the same weekend, marking the first time since joining the league that the Lady Toppers had earned a point against each of the perennial C-USA powerhouses in the same campaign.

C-USA will maintain the same format for its postseason tournament this season, with only the top eight teams in the conference standings at the conclusion of the regular season reaching the postseason event.

All matches hosted at the WKU Soccer Complex will feature free admission for all fans.