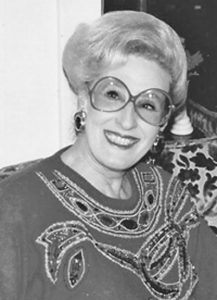 Joyce Eulner, 83, a fiercely independent woman and beloved daughter, sister, aunt, cousin and friend passed away peacefully at her Danville, Kentucky home on Sunday, July 21, 2019. Born in Louisville, Kentucky on September 18, 1935, she was the eldest child of the late Raymond H and Sue Cecil Wimberg.

Joyce graduated from Loretto High School in 1953 where she was captain of the championship bowling and volleyball teams. She was editor of both her high school and college newspapers. After graduating summa cum laude from Nazareth College/Spalding University in 1957, Joyce taught for one year at Loretto High School before she ventured to Buffalo, New York. She began her career at Canisius College as secretary to the Registrar in 1958. She rose through the ranks and served as Director of Human Resources for 26 years until she retired in 2004. Joyce was an active member of both the national College and University Professional Association for Human Resources (CUPA-HR) and the Western New York CUPA Chapter for 40 years. She was awarded the highest honors by both groups for her diligence and steadfast contributions. Throughout her 46-year career at Canisius she was totally committed to the mission and ambience of college campus life. When nominated for an award, she was described by her administrator as “intelligent, innovative, hardworking, dynamic, loyal and upbeat-truly one of Canisius’ biggest contributors.” Buffalo became her adopted home where she enjoyed concerts, cultural events, art shows, gardening and collecting art for her lovely home.

Worldwide travel and precious visits to and from her family were her greatest passions. She relocated to Kentucky in the summer of 2007. She built a rich life for herself in Danville where she was close to beloved family members, lifelong friends in Lexington, Louisville and a host of new friends whose lives she touched. She was a member of The Garden Club of Danville and St. Asaph Chapter of the KSDAR. Her physical presence, with her iconic hairstyle, legendary eyeglasses and extraordinary jewelry, was as memorable as her zest for life, storytelling, sharp wit and sage advice. Family and friends will miss her support and the unconditional love that she offered to people at their worst and at their best. The depth of her impact on others was evidenced by the outpouring of love and support from her friends near and far during her health crisis.

Joyce was predeceased by her parents and her brother Ronald F. Wimberg of Louisville, Kentucky.

The family wishes to thank her caregivers and Heritage Hospice for the exceptional care provided to Joyce the last few months. A celebration of Joyce’s life will be held at a later date.