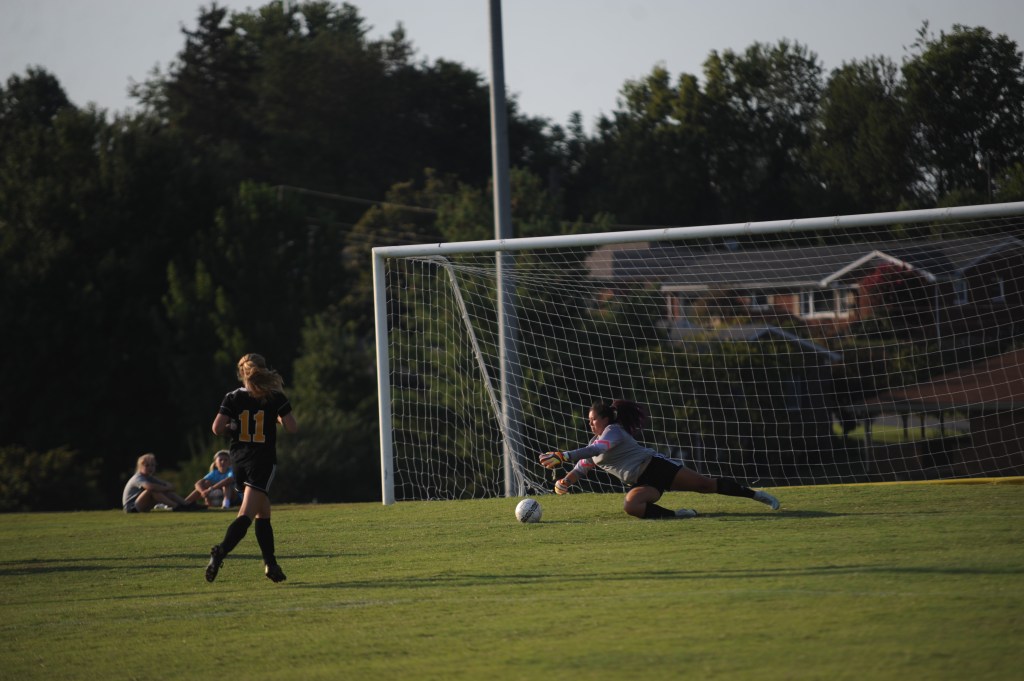 LANCASTER — It was a tough opponent and a tough day for the Garrard County Lady Lions to open the 2019 season, as they dropped the opener 5-1 to the Sayre Lady Spartans.

“Sayre’s a great team. We wanted to come out and play a difficult team right off,” Garrard Coach Brett DeShon said. We thought that was important to see where we were and to give ourselves a challenge. In the past, we started off with teams that weren’t as good and we don’t learn from that. We were able to learn quite a bit from this game.”

Garrard kept it close for most of the first half, but then Sayre began to pull away, taking a 3-0 lead into halftime.

“We feel really good about the second half. We don’t even want to talk about the first half,” DeShon said. Second half we had a lot to build on and we’re going to use that going forward.”

DeShon believes that part of the improved play in the second was due to simple focus.

“We settled down. Plain and simple. First half, you could tell we were jittery. We were coming out and just smacking the ball to anybody,” he said. “That’s not how we worked on playing. That’s not at all how we played last season or in the preseason in our scrimmages. We wanted to control the game and we did that in the second half.

“We know that we didn’t play very tough in the first half, and maybe didn’t have enough heart,” he added. “A lot falls on our shoulders as coaches, we may have not prepared them well enough… Saturday, you’ll see a much better team come out here.”

Even still, the Lady Lions managed to keep the Lady Spartans scoreless for the majority of the first half. DeShon credits his defense for keeping them in the game when they weren’t as aggressive as he’d like on offense.

“The defense did well for us there in the first half. They carried us when we were struggling offensively,” he said. “But eventually, if you keep taking blows in a fight you’re going to bleed. They broke the levy and we had to make more adjustments defensively after that.”

One highlight was the play of junior goalkeeper Vanessa Humes, who recorded 16 saves on 21 shots.

“She played out of her mind,” DeShon said of his keeper. “She’s actually battling an injury in goal right now (a broken toe) and was able to battle for us. She kept us in this game for a long time. We know what she’s going to bring. She’s done it every year since she’s played high school soccer for us. She knows she’s one of the best goalies in this region.”

The single goal for the Lady Lions came from sophomore Hannah Day, who scored off of an assist from senior Emma Warren off of a free kick.