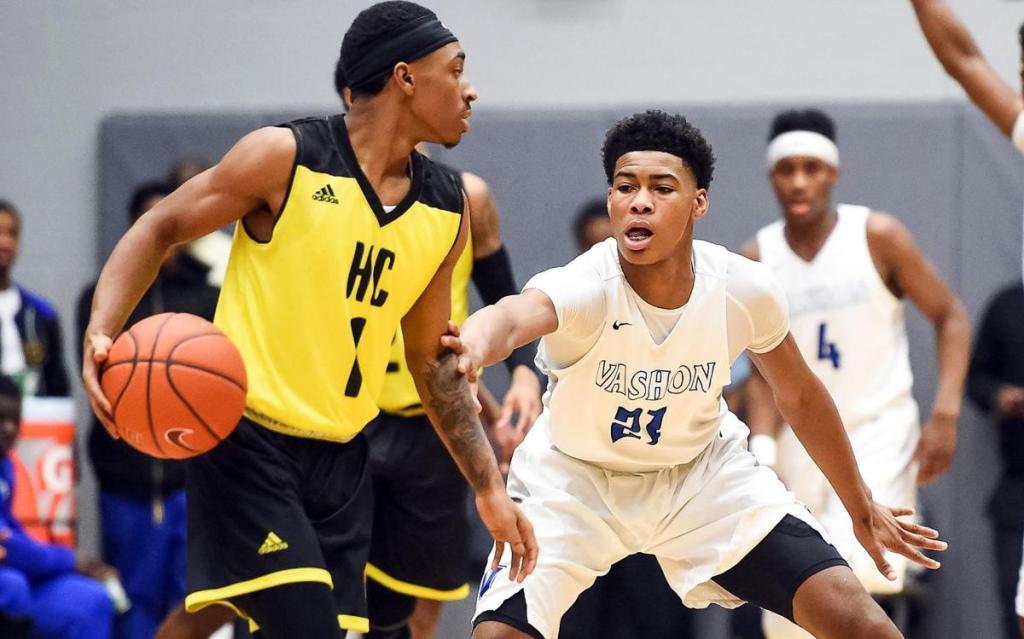 St. Louis four-star forward Cam’Ron Fletcher can be sensational at times but needs to improve his consistency and outside shot before he gets to Kentucky. (USA Basketball Photo)

He averaged 16.8 points and 3.8 rebounds per game last season when Vashon High School in St. Louis won the Missouri 3A state championship. He averaged 11.8 points, 6.5 rebounds and 1.4 assists per game this summer in the Nike Elite Youth Basketball League.

The 6-6, 210-pound Fletcher had North Carolina, Kansas, Michigan State, Missouri and Purdue among his 20-some scholarship offers before he verbally committed to Kentucky after making an official visit.

“Cam is a tantalizing talent and when things are really going for him he can make such a huge impact scoring the ball in the interior. He’s a sensational weak-side shot blocker on the defensive end,” said David Kvidahl of STLhighschoolsports.com and the St. Louis Post-Dispatch.

Kvidahl should know since he has seen Fletcher play more than 20 times in his career. That includes seeing some games when he was not at his best.

“There are those days where he would disappear against good opponents — last year against East St. Louis for instance. Cam had his breakaway dunk swatted from behind into the student section and when the home crowd went wild he sort of withered,” Kvidahl said. “It was a full house against an opponent that would go on to win the Class 3A Illinois state title and he was MIA (missing in action) after that blocked shot. He wasn’t the only one who had a tough time that night but that did stand out to me.

“Now that he’s being counted on as a senior leader, I’m interested to see how he steps into that role for a program with the highest of expectations. Vashon is chasing an undefeated season.”

Fletcher’s high school coach, Tony Irons, told CatsPause/247Sports Network analyst Chris Fisher that the UK staff wants Fletcher to focus on “continuing to play with a high motor” which goes along with what Kvidahl observed.

“Play hard for the whole duration of the game and use his energy to make plays,” Irons told Fisher.

Kvidahl believes the “allure of Kentucky” as a blue blood of college basketball led to the quick commitment by Fletcher.

“There just aren’t a lot of kids that get the offer to join one of the nation’s most recognizable and successful athletic programs. That’s hard to turn down,” the writer said. “I’m not surprised he decided to make his verbal commitment. More and more student-athletes tell me they like verbally committing early to take the pressure off them and allow them to focus on their senior year of high school. After all, they are still just kids.”

Fletcher would seem to be another high character player that Calipari and his staff also like.

“I’ve never heard as much as a whisper about any shenanigans he may have been affiliated with. It would be hard for him to get away with much because he is so recognizable,” Kvidahl said. “Playing for Vashon in the city of St. Louis is big deal. It’s the most recognizable high school program that resides in the city and among the most historically successful in Missouri. Cam has been in the limelight here since he made his decision to attend the V.

“He’s played with an outstanding group of teammates, two of whom were DI signees last year in Mario McKinney Jr. (Missouri) and Donyae McCaskill (Portland). Cam should be able to fit right in with what is the typically loaded Wildcat recruiting class and returning roster. I don’t believe it will overwhelm him but I’m sure there will be an adjustment to the DI level as there usually is for most high school athletes.”

Fletcher’s weakness is his outside jump shot. Kvidahl calls him a “killer finisher in the paint” with an inconsistent jump shot.

“It has to get better for him to become a more complete player. He can get streaky and bury some high school 3-pointers but it’s the least consistent part of his game. To make opponents respect him as an offensive player, he’ll have to knock down shots from mid-range and beyond,” Kvidahl said.

If you want to follow Fletcher’s progress during his senior year, Kvidahl can help because STLhighschoolsports.com is dedicated to high school sports.

“You can find stories and photos on any number of local teams and athletes. We have a full statistical database for every sport we track that goes back to 1999,” he said. “Folks that want to keep up with Cam can do so on our website and also follow us on Twitter @STLhssports. I will cover a significant number of Vashon’s games this winter and you can find me on Twitter @DavidSTLhss.”