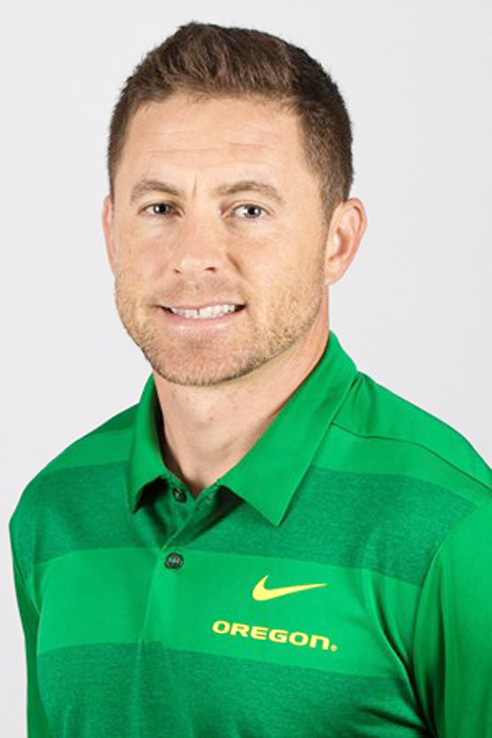 “Coach Sykes is the right fit for our program and I am looking forward to working with him to elevate the cross country and track & field programs here on The Hill,” Chumbley shared. “He brings a wealth of experience and has seen student-athletes succeed everywhere he has coached. I am excited for our runners to get back on campus and get to work with coach Sykes.”

“It is an honor to join coach Chumbley as well as the Hilltopper family and I cannot thank coach or the administration enough for putting their trust in me to lead the cross country and distance groups on The Hill,” Sykes said. “WKU’s cross country and track & field programs have a rich history that I am invested in building upon. I am excited to get into training with our student-athletes and look forward to seeing what we can accomplish.”

During his time at Liberty, Sykes helped newcomer Noel Palmer improve from high school personal bests of 10:47 in the 3,200 and 17:45 in the 5K to 16:28 in the 5K and 34:41 in the 10K as a freshman in 2018. She placed 18th overall (third among freshmen) in her NCAA East Preliminary Round 10K debut and earned a fourth-place finish in the 5K at USATF Junior Outdoor Championships. He also saw Colin Schultz finish off his collegiate career with personal bests of 1:48.96 in the 800 and a school-record 3:43.58 in the 1,500. Additionally, Sykes guided Azaria Kirwa to a lifetime-best 13:55.74 indoor 5K at the 2018 Iowa State Classic. Only NCAA national champions Sam Chelanga and Josh McDougal ever ran faster as Flames.

During his first year at Liberty, Sykes oversaw Kirwa’s breakthrough sophomore track & field campaign. Kirwa ran the 5K at the 2017 NCAA Division I Outdoor Track & Field Championships and also clocked impressive times of 14:00.29 (5K) and 29:05.57 (10K) during the season. Kirwa carried that momentum into the 2017 cross country season, where he placed fourth at pre-Nationals with an 8K time of 23:11.4 and 25th at the NCAA meet for All-America honors. Additionally, the 2017 LU men’s cross country team raced to a seventh-place Southeast Regional team finish – the Flames’ best regional finish since 2012.

In between his stints at Ohio, Sykes spent eight years coaching in Virginia, culminating with the 2012 season, when he served as VMI’s head cross country and assistant track & field coach.

Sykes, a USA Track & Field Level I coach, has also been active in education. He was the coordinator of UVA-Wise’s health and physical education program during the 2012-13 academic year. Sykes has also taught a variety of college courses at Ohio, VMI and UVA-Wise.

Sykes has earned three degrees, beginning with a bachelor’s in multi-age physical education licensure from Rio Grande in 2003. The following year, he completed a master’s in recreation, sport sciences & pedagogy: coaching education at Ohio.

In 2011, Sykes graduated from Virginia Tech with a Ph.D. in education, curriculum and instruction: health promotion & sports performance. His dissertation was entitled, “The Effect of Training Protocols on Satisfaction and Performance of Collegiate Distance Runners.”

Sykes is the first hire coach Chumbley has announced since he took over as WKU’s director of cross country and track & field on Aug. 1. Sykes, Chumbley and the Hilltopper squads will open the 2019 cross country season on Friday, Aug. 30, at the Belmont Opener in Nashville, Tenn.