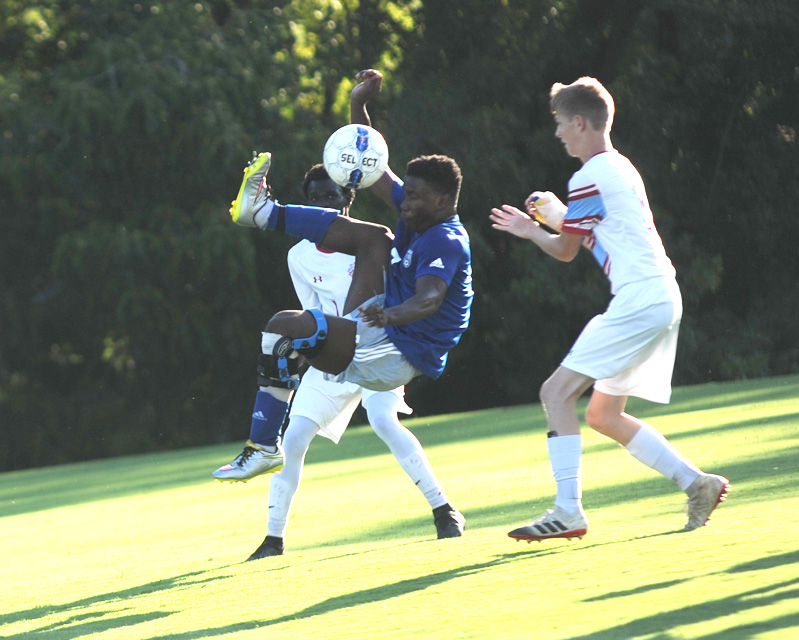 In a showdown between the top two teams from the 12th region a year ago, West Jessamine prevailed at Danville 3-1 Thursday evening.

Early in the game, Danville senior midfielder Sam Brunner went down with an injury that Admirals coach Brent Beauman believes knocked the wind out of the his team. Still, he credits the quality of the regional rival.

“With Sam’s injury early in the game it just took all the wind out of our sails. I think that was on everybody’s mind,” he said. “West is a good team — good coach and good players. We knew that and I thought we did a lot of good things. Just simple mistakes that we make a lot in practice. Just like everybody not going game speed and they made us pay for that. Simple touches here and there and whatnot make a big difference. They were quick to counter. That’s just how it goes.”

West Jessamine coach Brock Sutherland was excited to get in the win column this year after losing to Woodford County earlier in the week. It’s especially meaningful to do it against at Danville after the Admirals went to West and won last year.

“It’s huge man. Especially after the other night. I knew going into the season that we had this good group of kids and I expected them to do a little more than we’ve done in preseason,” he said. “This is the team I thought I was going to have going into the season. I’m excited to see where it goes.”

The scoring came in rapid succession in the first half with WJHS’s A.J. Kinnel scoring in the 12th minute and Danville’s Ashton Nash answering two minutes later off an assist from Briar Sanders. Kinnel added a second goal to his total with what would be the game winner with a mid-range shot that sneaked under the crossbar to find the back of the net. 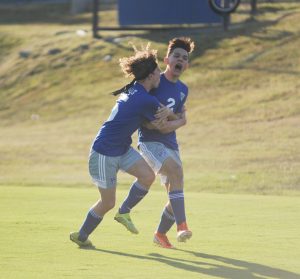 “He’s just a special player. When he plays like that, it just rises the whole team level up,” Sutherland said of his star junior. “Like I said, I can’t ask anymore of A.J., he’s a kid who’s going to always give you 200 percent…He’s just a sensational player. What a gift to be able to coach him.”

“A.J. has pretty much been that same player all the way through middle school,” Beauman said. “Super fast, super skilled. He plays a good style soccer and he’s a good kid and a nice kid. You like it when the good players are also good people. He’s at a rival school or whatever, but it’s easy to root for when he’s playing other people.”

In the second half, Stan Snow added the clincher for the Colts to put the game out of reach.

Danville struggled to find any traction offensively in the second, unable to even get a shot off for the whole period. Sutherland attributes this to a change in scheme he made.

“We switched to four in the back (from five) which gave us more space in the middle,” he said. “The guys just closed them down. Instead of playing two defensive midfielders like I usually do, I played two offensive ones. That put more pressure on their defense and gave my boys the space and time to do what we needed to do in the middle.”

Beauman attributed much of that to losing one of their key midfielders, and says that other players will have to fill in where Brunner will be missed with his injury.

“I don’t know the outcome with Sam, but he’ll probably miss some time,” he said. “Regardless, he carried a huge load and people are going to have to pick up and carry that. It won’t be possible, but hopefully we can get as close as we can.”

Beauman still found the positives in a disappointing result. He believes it’s important to schedule tough games early to prepare his team for later in the season.

“You want to play teams of that quality early so you can see what’s going to work and what’s not going to work. And you kind of have some toward the end of the season as well. It’s good because they’ll be a different team in October just like we will,” he said. “You can’t judge everything off of an early season game. But it’s good to have that quality and that pressure and the speed that they possess.”