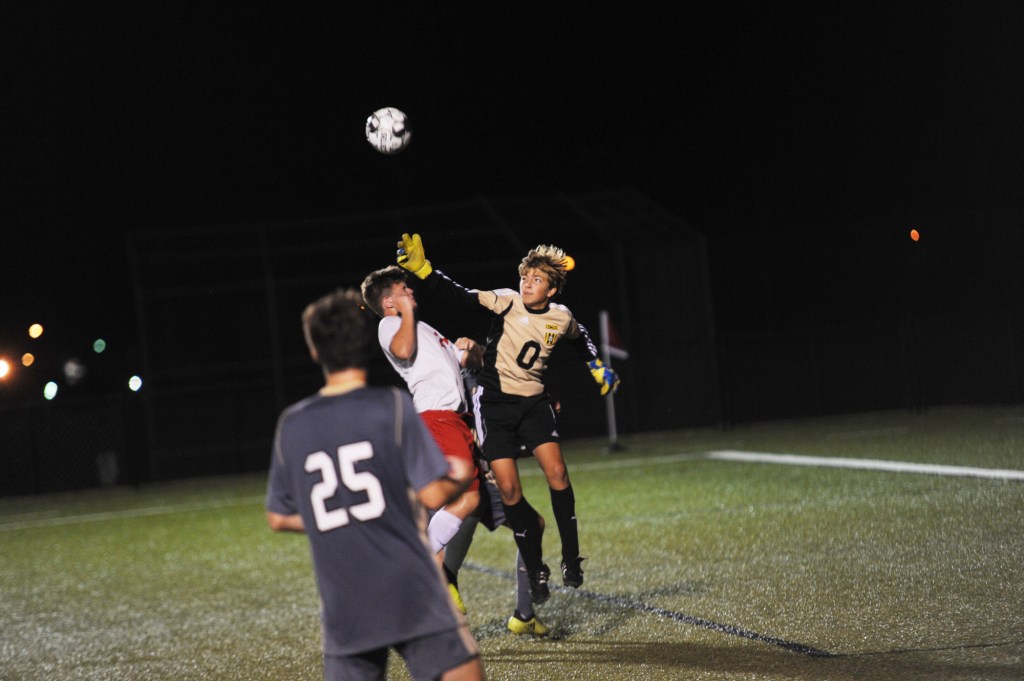 In the first home game of the season, with a freshman in goal making his second varsity appearance, the Boyle County boys soccer team shutout Anderson County 2-0 on Thursday night.

Jack Little made a couple of key saves late in the game to preserve the shutout, including two or three back-to-back as the Bearcats pressed in the final 10 minutes of the game.

“This is a pretty big deal for a freshman to get a shutout. He had to make a couple of really big saves,” Boyle coach Cris McMann said. “I think Tuesday he was pretty nervous and got it out of his system. I’m sure he was a little nervous, but Jack doesn’t get nervous about much.”

Both of the Rebels goals came off the foot of junior Caden Ferrell. In the first half he cut across the face of the goal and put the ball in the corner of the net. McMann said it was a “pretty” goal. The second came late in the second half to put the game out of reach for the Bearcats.

“He’s just a good forward,” McMann said of Ferrell. “He’s very tricky with the ball. He’s good, quick touches and can keep the ball close. He probably feels like he could’ve had one or two more goals. But they were both nice.” 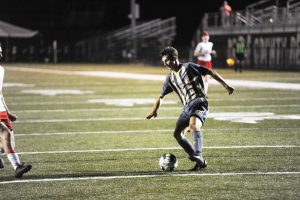 Boyle started the season with a tough road loss to Elizabethtown on the road to the final score of 5-0. McMann said it was important for his team to get the confidence of a win in the first home game.

“We needed — the boys needed this. We had a scrimmage against Henry Clay and they were super tough. E-town is a very good team. So it was nice to get a win.”

Starting the schedule with two tough opponents back-to-back is a tactic some coaches employ to gauge where their teams are out of preseason. This was not the case for McMann, who had originally scheduled Elizabethtown and Anderson as the final two games to prepare the Rebels for the district tournament. A change in the Kentucky High School Athletics Association state calendar forced him to move these games to the beginning of the schedule and “jump right into the fire.”

After two games, McMann still sees room for his team to improve, even after a shutout win at home.

“I’m happy with the win, but I don’t really feel super satisfied. We can play better,” he said. “We’ve got a few guys banged up. I think we were rushing it a bit. We were trying to play too many through balls too soon. We’ve got to calm down a little bit and work on possession.”