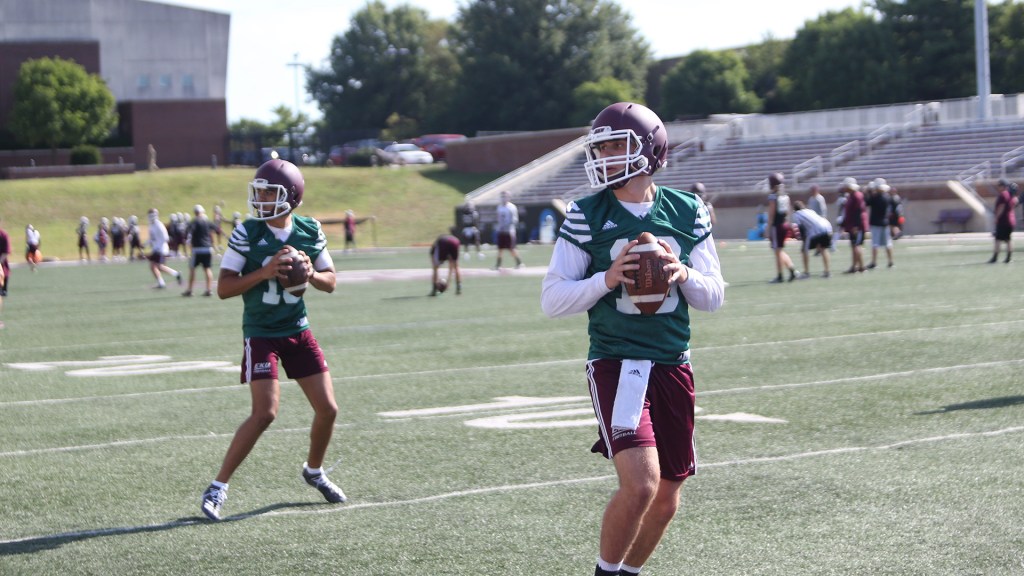 RICHMOND — The Eastern Kentucky University football team learned the importance of depth at quarterback in 2018, using four different signal callers on its way to a 7-4 season.

The Colonels will have just as much, if not more, depth under center in 2019.

Three of those quarterbacks are back for the 2019 season.  Redshirt sophomore Dakota Allen started the most games at six and threw just one interception in 73 attempts.  Redshirt junior Austin Scott made one start. Redshirt freshman Parker McKinney didn’t play until the ninth game of the season when he came on and helped EKU to a road win at Austin Peay.  He started and picked up wins in the final two games of the season. McKinney led the team in yards (608) while completing 65.5 percent of his passes.

Immediate depth at the position comes in the form of transfer Conor Blount.  The redshirt junior started six games at Oregon State in 2018 and completed 62 percent of his passes for 1,117 yards.  He was 12-of-19 for 169 yards and two touchdowns at No. 5 Ohio State in the season-opener.

“They’re all competing, they’re grading out very high, and they’re starting to become more and more consistent and more confident in what we’re doing,” offensive coordinator and quarterbacks coach Adam Austin said.  “Every day you see on film the different coaching points we’re giving them and they’re transitioning those into team and seven-on-seven periods. They’ve all improved a bunch and I think competition has done that.”