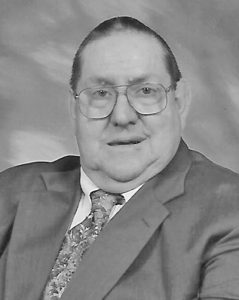 Robert Hardin Mitchell, Sr., 92, passed away Tuesday, August 13, 2019. Robert was the husband of the late Betty Louise Westerfield Mitchell. He was born in Boyle County on August 19, 1926, one of eight children of the late R.L. and Zora Purdom Mitchell.

Robert served his country in the United States Army during World War II. He was a Sergeant and Squad Leader in Company 1, 35th Infantry and fought in the Battle of the Philippines. In his younger years Robert enjoyed fishing, gardening and working on the farm. He was a caring person who was always giving to and helping others.

In addition to his parents and wife, Robert was preceded in death by a son, Henry Clay Mitchell; twin granddaughters, Tonya and Sonya Mitchell; and seven siblings.

The funeral service will be 1:00 p.m., Friday August 16, 2019 at Walden Funeral Home Perryville. Burial will follow in Hillcrest Cemetery with military honors. Rev. Pat Chamberlain and Chaplain Brad King with officiate. Visitation will begin Friday at 11:00 a.m. at the funeral home.