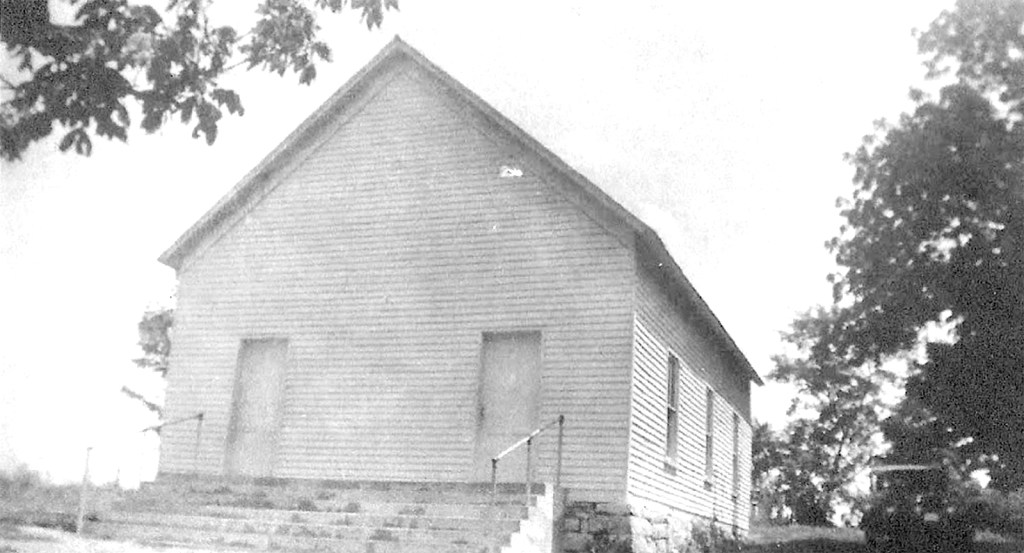 The white-frame Salt River Baptist Church was located on the Old Salt River Road until the congregation moved to the current location on Danville-Perryville Road. The photo was taken in 1952. A cemetery is in back of the building where many of the pioneer members were buried. (Photo contributed)

The Blakey Quartet will perform. The Rev. Alan Evans, associate of Lily Baptist Church in Corbin, will preach the sermon. He is a brother of pastor the Rev. Dave Evans at the host church.

The meal will be held in fellowship hall after the service.

It has has been relocated seven times along Salt River, including when a division occurred during the Civil War, and when its building was destroyed by fire.

While it has not moved far, it has been located in Mercer and Boyle counties. Services were not held during the Civil War years and the congregation was divided after members enlisted in the Union and Confederate armies. It reopened at the end of the war in 1864.

The church is currently located at 5124 Perryville Road.

In the beginning, the church was a Separate Order of Baptist Church and has continued to be associated with the Baptist congregation.

In 1801, the Separate and Regular Baptists united. Meetings were held in houses before the first log church was built on the James Harlan farm, and moved in 1818 to land donated by James Lillard. After he died, Joseph Wigham donated land for the third building in 1840 and a frame building was erected. After 110 years, the building was destroyed by fire in 1959.

The first services were held in the new brick church in December 1965. The mortgage was paid in full in 1976.