Bohana could provide dominance up front 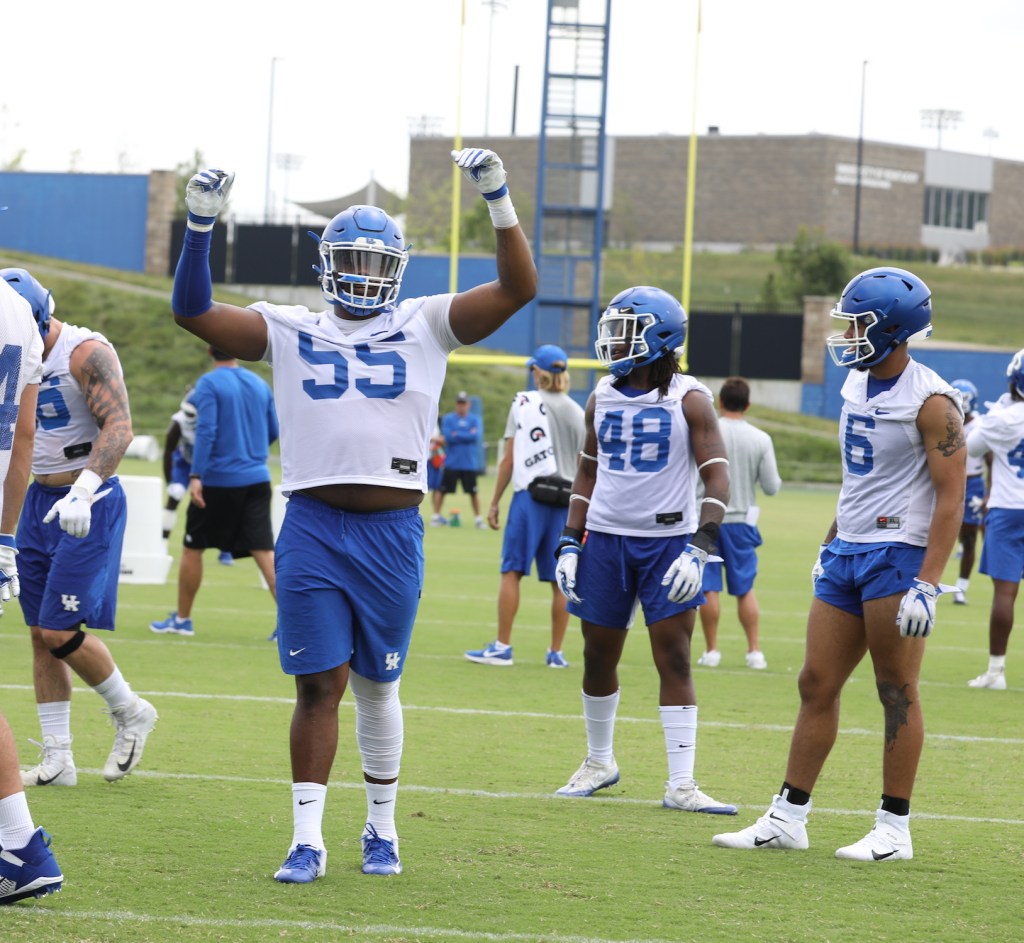 Junior nose guard Quinton Bohana could give Kentucky the dominant defensive lineman this year that the Cats have not had in a long time, especially in the middle of the line.

He weighed about 350 pounds when training camp started, hopes to be down to 345 this week and get to somewhere between 335 and 340 pounds when UK opens the season against Toledo on Aug. 31.

“I have trimmed down from last year,” Bohanan said. “I am so much stronger, quicker and faster thanks to our strength coaches. I am more explosive. During the summer we were doing individuals (individual workouts) and I could tell I was a lot more explosive. I am looking forward to putting it all together this season.”

He started seven games, including the final six, last season and had 17 tackles, including four tackles for loss, and forced a fumble. He started five games as a freshman in 2017 and had 14 tackles.

He says UK’s strength coaches pushed him “to the limit where you can’t do no more and then push you past that limit” in the offseason.

“You have to work at it and then everything translates to the game. All our strength coaches have played before, so they know what they are talking about. They know what to do to make you a better player,” Bohana, who had 160 combined tackles as a high school junior and senior in Tennessee, said.

Some days Bohana admitted he was not overly thrilled with the coaches when he left workouts.

“Right after we got through I would be like, ‘I don’t think I can move.’ Then you will start feeling good and then wake up and do it again,” Bohanan said. “It becomes routine and you want to wake up and do it and make yourself a better player.”