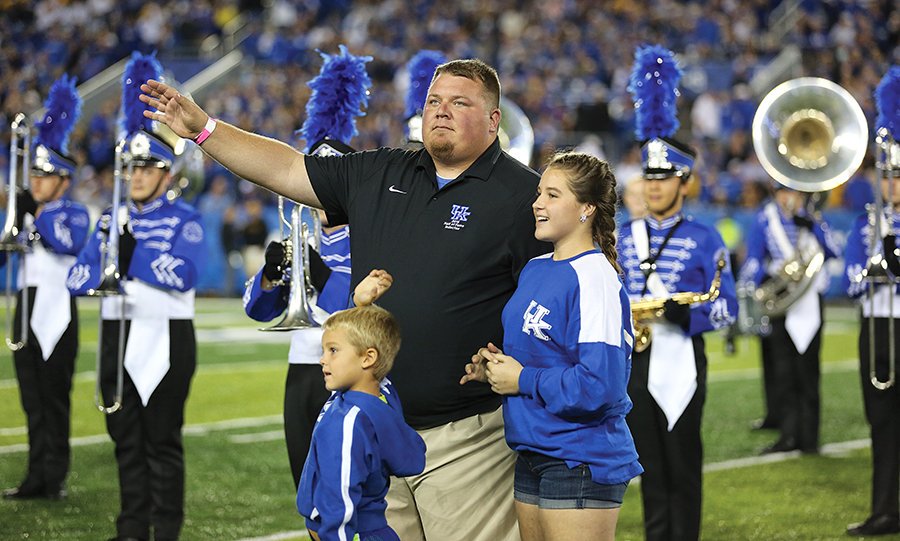 Retired TV sports anchor Alan Cutler worked for the Cincinnati Bengals Radio Network for about 15 years and also covered the Bengals for WLEX-TV when he was allowed to walk the sidelines.

“In all that time the only player that I thought had a stronger arm than Jared (Lorenzen) was Brett Favre (a 20-year NFL veteran who is in the Hall of Fame). Jared could throw it 60 yards plus yards and hit a man in stride,” Cutler said. “It was a tight spiral that came at you like a pitcher throwing close to 100 miles an hour. There are very very few human beings that could do this.”

“He would regularly put on a show. I remember some of the receivers begging him to ease up on how hard he was throwing. Their poor hands took a beating, I’m sure,” Drummond said.  “That arm strength was legendary. He used to win bets by kneeling at the 50-yard line and throwing the ball through the uprights in one end zone. I’ve never seen anything like it before or since. As someone with smaller hands who never could throw a football very well, I marveled at that ability.”

“His legacy will probably be his uniqueness. That’s certainly memorable but sadly the legacy should be that he was one of the most accomplished players in UK football history,” Glover said. “His numbers stack up against the best players. Not just at Kentucky, but in the SEC.”