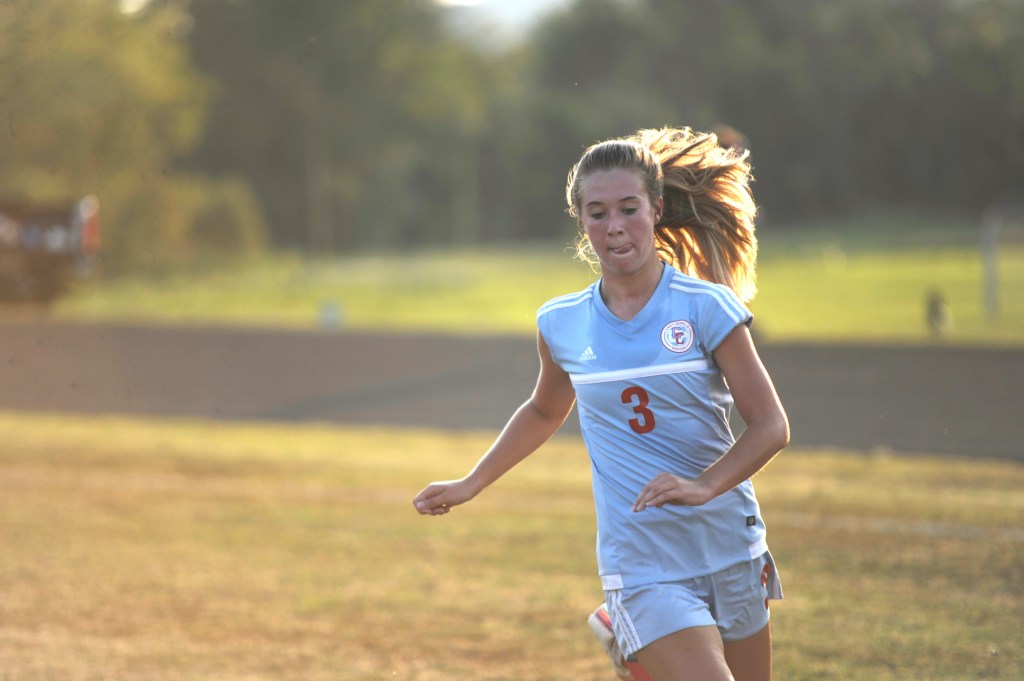 Monday night, under a sweltering hot sun, the Casey County Lady Rebels put one up in the win column by topping McCreary County 6-1 behind five goals from freshman Madison Chansler.

“Madison’s done well. She’s done well,” coach Michael Flair said after the game. “She controls the ball and that’s what I like. Passing the ball well. Knowing where it needs to go. I like her style.”

Right out of the gate, Chansler had her way on the field. She put the first one in the net in the 14th minute on a breakaway and finished a corner kick with a chest bump in the 17th. Casey’s third goal was the only one that didn’t come off the foot of Chansler, but she was still involved as she earned the assist on a goal Abby Parton sneaked in under the keeper’s hands.

Chansler pulled off the hat trick in the first half in the 29th minute to put the Lady Rebels up 4-1 at the half.

“She can (do whatever she wants on the field),” Flair said. “Yes, it is (a typical performance). And she’s just a freshman. So I’m glad to have her and I know the other girls are too.”

In the second half, she slid to kick a ball in the bottom right corner for her fourth goal and wore a dirt stain on her uniform for the remainder of the game. Her fifth goal was her hardest one of the game as she riffled a ball between the keeper’s legs for the final goal of the game.

“I just couldn’t have done it without my team,” an exhausted Chansler said after the game. “I don’t do it by myself. I’m so proud of us. It was just a good game.”

For Casey County, the win was its first of the year, and came against a district opponent. Flair was happy to finally be in the win column, and hopes to carry the momentum against Taylor County on Tuesday night.

“It’s a big win. That’s for sure. We needed this one, it was a district game,” he said. “We had a different defense — a different strategy. We’re going to try it again (Tuesday) and pull another one off.”