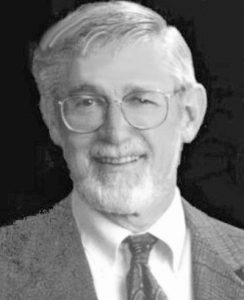 John Jay Allen, 87, was born in Wichita, Kansas, to the late Charles McComas Allen and Helen McKee Allen. After graduating from Duke University and serving two years in the Army, he earned a master’s from the Middlebury College School of Spanish and a Ph.D. from the University of Wisconsin, Madison. For four decades, Jay taught as a Spanish professor, first at the University of Florida in Gainesville, where he lived with his first wife, Tulia, and daughters Luly and Tisha. From 1983 through 2000, he taught at the University of Kentucky, where he was a Kenan Distinguished Professor. In 1992, he moved with his current wife, Patricia, and son, John Patrick, to Danville, where he lived until his death on Tuesday, August 13th, 2019.

Over a long and fruitful academic career, Jay published seven books-including a scholarly edition of the foundational Spanish novel Don Quijote that has been reprinted over 35 times and is taught in universities around the world-as well as dozens of articles about Spanish literature from the Golden Age through the 20th century. He earned an honorary doctorate from Middlebury College in 2008 and in 2015 was named a member of the Spanish Royal Academy (Real Academia Espanola), the highest honor in his field.

Humble, gracious, and kind, he never let his work or his many accolades get in the way of his love for friends and family. On the contrary: his eager interest in learning about others’ passions turned colleagues into dear friends.

back porch at home and lingering in conversation over meals.

In addition to his parents, Jay is predeceased by his first wife, Tulia Allen; his mother-in-law, Sara Schu; his brother, Richard Allen’s partner, Maarten Blom; and his nephew, Jeremy Duncker.

Memorial donations are suggested to Doctors Without Borders, a charity to which Jay gave regularly. Please share thoughts, photos, and memories with the family in the online guestbook at www.stithcares.com.