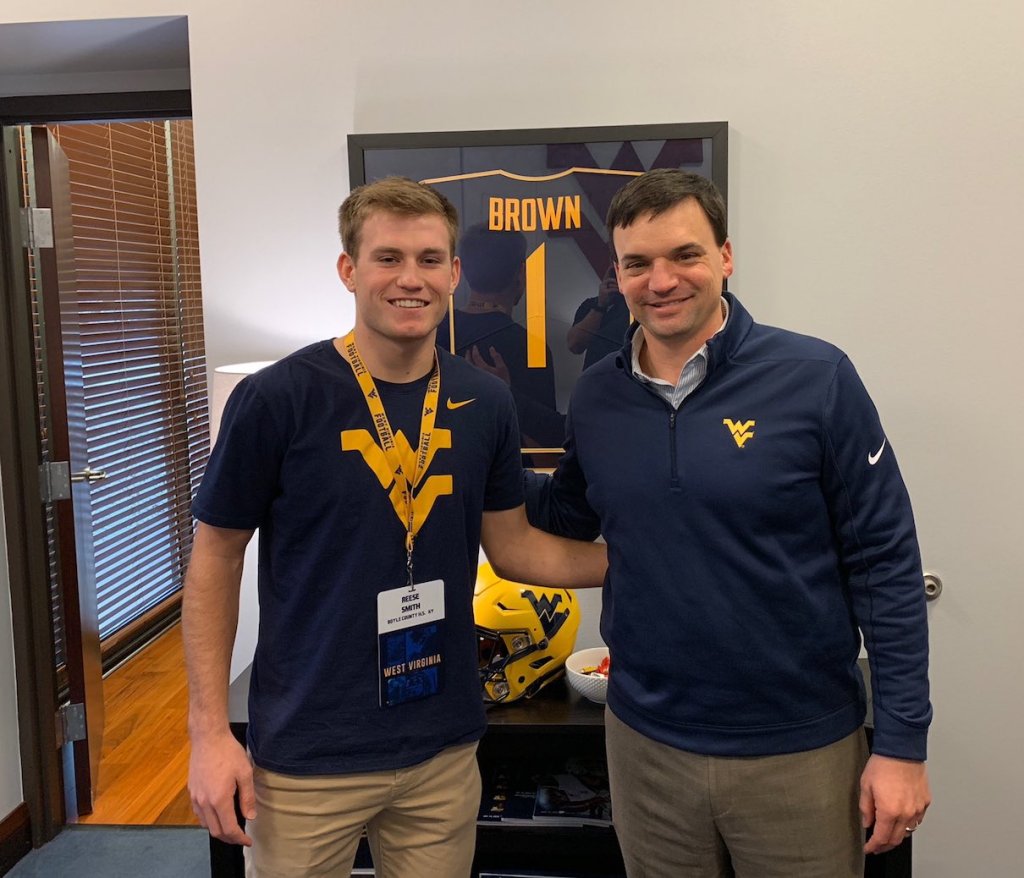 Former Boyle County sports star Neal Brown makes his debut as West Virginia’s head coach Aug. 31 when the Mountaineers host James Madison. Over the last four years, he had a successful career at Troy where he had a 35-16 record, including three straight bowl wins as well as a win at LSU.

“Neal has had such a positive impact on college football. Now I think he is really about to take off. He’s awesome,” said Kentucky backup quarterback Sawyer Smith.

Smith transferred to Kentucky from Troy this season after starting seven games during Troy’s 10-3 season in 2018. He was looking for a way to boost his future coaching resume and thought making a move to an SEC school as a graduate transfer would do that.

“I want to be a coach. Coming to the SEC to play might not seem like a big deal to some people, but I do think it kind of helps your resume out when you start looking for coaching jobs,” Smith said.

He certainly understands the qualities that have helped make Brown, who was also offensive coordinator at UK in 2013 and 2014 for Mark Stoops, such a success.

“I love him on the field but off the field he is a good dude and can be funny. He tries to tell you jokes even,” Smith said. “I just love his tenacity. He’s intense and ready to go. We did some things at Troy that not a lot of non-Power 5 teams do. We won at LSU and did things that reflect what the coaches could do. We had players that were good but coaches got us to do what we did.

“He is going to be a great Power-5 coach. He will do things they probably have never done at West Virginia just like he did at Troy.”

Obviously he’s not had a chance to do that on the field yet but he’s shown his ingenuity already. His team recently visited a coal mining complex to give his players an idea about what mining was all about. Before that there was a team bonding trip to an axe-throwing venue.

Smith believes Brown’s personality just has a way of resonating with players, fans, media members and anyone else he meets.

“I think if he ran for mayor of Troy right now, he would still win. Everybody loved him,” Smith said. “If you know him, you love him. Just talk to him for two minutes and you are going to love the guy.

“He could talk to somebody who didn’t mean nothing and he would act like he cared about them because he truly does. He cares about who he is talking to and takes time to talk to everybody. He would drive on campus (at Troy) and kids would come up wanting his autograph and he would shake their hands and sign and ask them how their day was going. He’s just a good dude.”

Smith did not reach out to Brown when he put his name into the transfer portal and got the offer from Stoops, who remains close friends with Brown and his family. Mark Perry was Brown’s director of football operations at Troy and went with him briefly to West Virginia before taking a job as quality control assistant focusing on quarterbacks at Kentucky, so Smith is familiar with him

“But I didn’t have any conversations with Neal. He was gone (when I decided to transfer),” Smith said. “I am sure he is wishing the best for me just like I am for him. I hope they win every game as long as they don’t play Kentucky.”