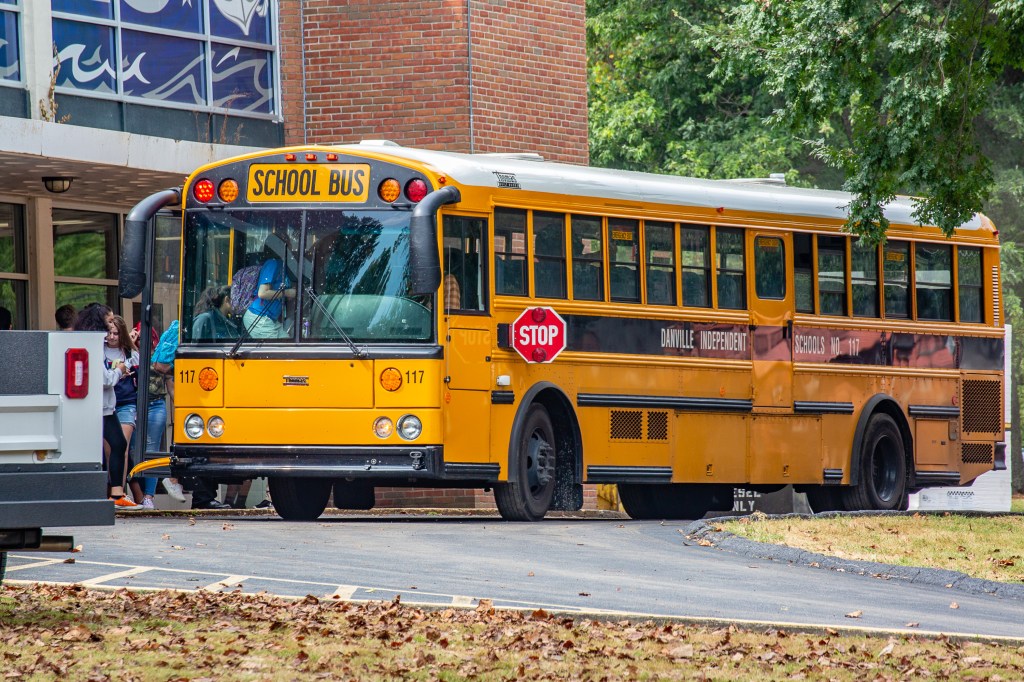 Danville Independent School District is facing a “critical shortage” of bus drivers as the new school year begins, according to Superintendent Tammy McDonald. 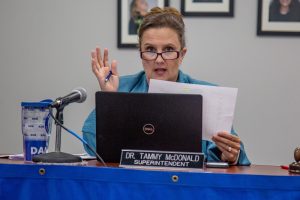 The district has two new drivers who are still learning their routes, and the district is down two full-time drivers right now, McDonald said. Two substitute drivers are driving full-time right now to fill the holes, which leaves fewer subs available if one is needed.

“If anybody knows someone that’s wanting to drive a bus, please send them our way,” McDonald said.

Director of School Services Ed McKinney said anyone interested in applying to become a bus driver is welcome to contact him at ed.mckinney@danville.kyschools.us.

“We are more than happy to have applicants that already have their passenger endorsement CDL, but will also offer CDL training to anyone interested in obtaining a CDL,” McKinney said.

Those interested can also apply online at danvilleschools.net/Content2/320; and director of Human Resources Teresa Osbourn can be reached at (859) 238-1300.

But despite not being fully staffed with bus drivers, McDonald told school board members Monday things have been running remarkably smoothly since school began last Wednesday.

“We had several — five, in fact — large construction projects going on this summer,” she said. “Really all the Danville Schools employees were going above and beyond this summer so we could be ready to get school started.”

The school district is building a softball field; purchased and moved into a new central office location; completed a substantial HVAC upgrade at Bate Middle School; is repairing the roof on Danville High School; and just reopened Hogsett Primary School after the school was gutted, renovated and expanded.

Hogsett Principal Suzanne Farmer said moving into the renovated school “went smoother than we could have ever dreamed. Lots of last minute things went into place.”

During the move-in process, local restaurants catered meals for the staff and other groups assisted in many different ways, Farmer said.

“There was a huge community outpouring of teams and clubs and staff and churches and restaurants that donated time and resources and energy into helping the team get through those last four days,” Farmer said. 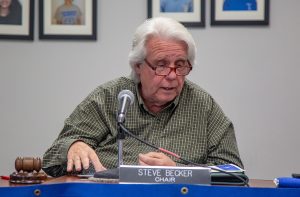 Danville school board Chair Steve Becker says changing the district’s policy on when it sets board of education meeting schedules will be helpful when new members are elected to the board. (Photo by Ben Kleppinger)

McDonald said she has a lengthy list of all the people and groups who helped make Hogsett’s reopening a success, but it won’t be ready to release until next week, after she’s certain everyone involved is recognized.

In other business Monday night, the Danville school board approved a change to its scheduled working board meeting dates. Beginning in September, the board will hold working sessions at 6 p.m. on the second Monday — rather than the second Tuesday — of each month.

The board also made plans to change district policy so the board can set its meeting dates for an entire calendar year every January, instead of August. Board Chair Steve Becker said Danville is a “rare” district in Kentucky that doesn’t set its school board meeting schedule in January. That’s because current district policy states explicitly that the school board will schedule its meetings on the third Monday in August.

Becker said changing the policy to January will make things easier for new board members after an election year. The new members could set the schedule each January, shortly after taking office, rather than being constrained to following the schedule that worked for the previous board members until August.

“This has been a long time coming for me,” Becker said. “… It truly will make a difference.”

The board plans to hold a first reading of the policy change at its regular meeting Monday.