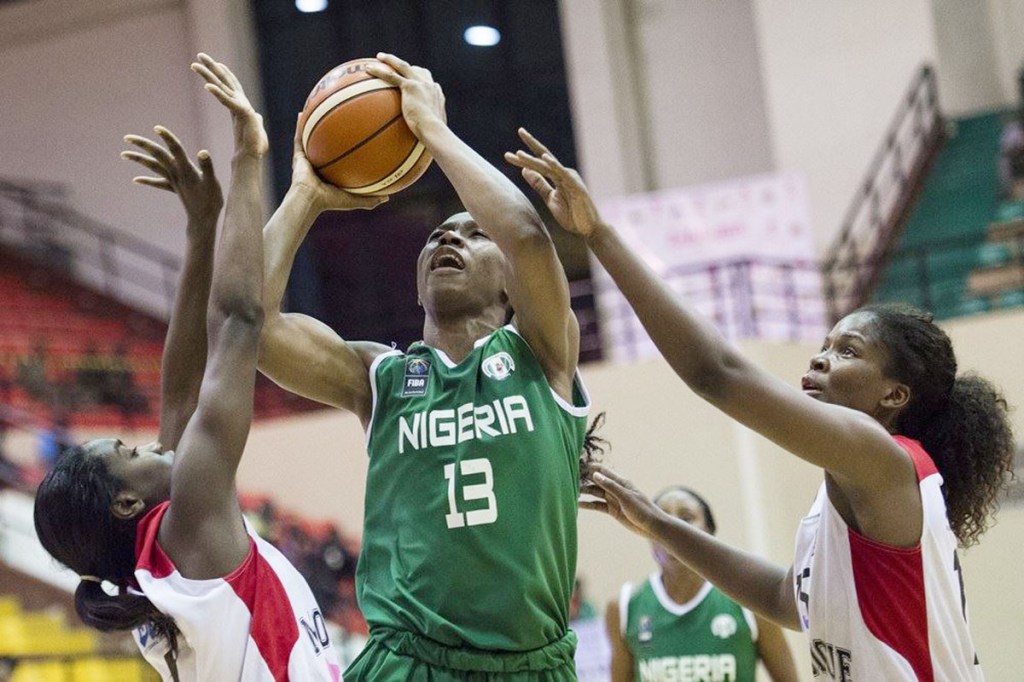 Eveyln Akhator was a standout at UK and was the highest draft pick in Wildcats history. (Photo FIBA Basketball)

Akhator, who averaged 11 points, 8.2 rebounds and 1.8 assists per game at the event, was awarded for her strong play by being named in the Tournament Five, which honors the best players at the event. The forward scored in double figure in three of the team’s five games with two double-doubles. She especially shined in the elimination phase with 12 points and 13 rebounds in the semifinals vs. Mali before 14 points and nine rebounds in the final vs. Senegal.

Akhator began competing with the Nigerian national team in 2017 and averaged 15.3 points and 9.5 rebounds per game in the 2017’s team run at the AfroBasket title. That stint came after Akhator became the highest draft pick in Kentucky women’s basketball history going third overall in the 2017 WNBA Draft. Akhator played 15 games for the Dallas Wings that season and now plays professionally overseas.

Akhator’s draft stock in 2017 soared after an incredible senior season at Kentucky, ranking second on the team with 15.9 points per game and first on the squad with 10.8 rebounds per game. Akhator also ranked second on the team with 45 steals while leading the Wildcats with 29 blocks. The versatile forward had 18 double-doubles as a senior, which ranked top 10 nationally and second in the Southeastern Conference. Akhator also ranked top 10 nationally in total rebounds and top 20 nationally in field-goal percentage and rebounds per game.

During conference play, Akhator became the second player in school history to score 24 or more points with 15 or more rebounds in consecutive games. Although she was only on campus for two years, Akhator ended her career tied for third in school history in double-doubles, second in all-time rebounding average, eighth all-time in scoring average and fourth in field-goal percentage.

Akhator’s strong senior season led her to be named All-SEC First Team by league coaches, All-SEC Second Team by the AP, WBCA All-Region and AP All-America Honorable Mention. The forward is a four-time SEC Player of the Week honoree and was named to the SEC Academic Honor Roll.