Skateboarder OK after hit by vehicle at Fourth and Main 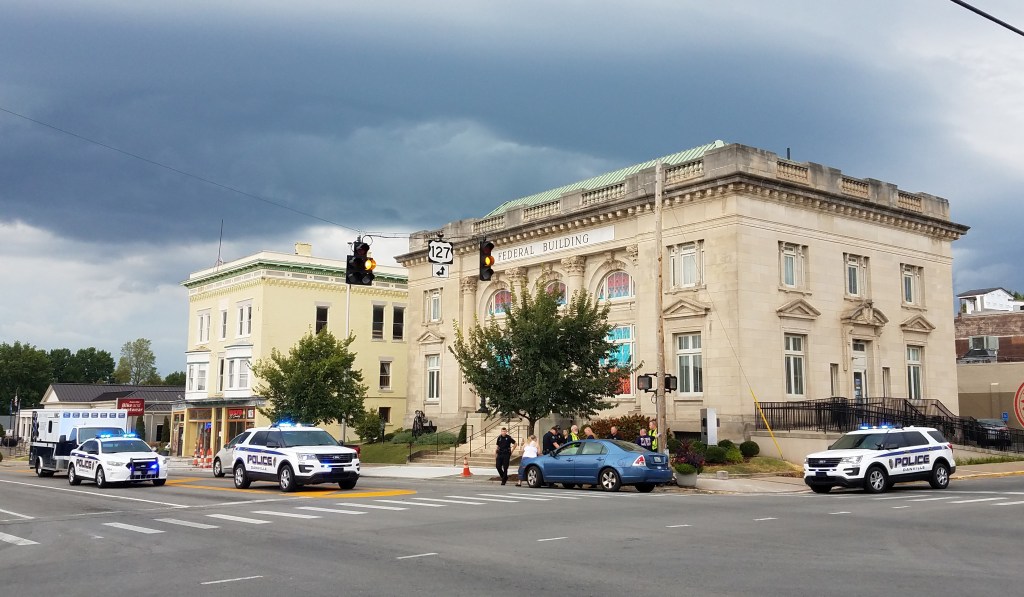 Danville police and Boyle County EMS respond to the scene of a minor vehicle vs. person collision at Fourth and Main streets Tuesday evening. (Photo by Ben Kleppinger)

A 12-year-old pedestrian was struck by a vehicle Tuesday evening at the intersection of Fourth and Main streets. There were no serious injuries and the accident was “not at all” related to downtown’s recent lane reconfiguration, according to Danville Asst. Police Chief Glenn Doan.

“Neither party observed the other. It was a chance encounter,” Doan said.

At around 6 p.m., a 12-year-old juvenile carrying a skateboard stepped attempted to cross Fourth Street next to the Arts Center of the Bluegrass, heading toward the Boyle County Courthouse, Doan said. At the same time, the driver of the vehicle said they were preparing to turn right onto Main Street and had a green light, just as the juvenile stepped off the curb.

The vehicle’s bumper may have tapped the juvenile’s lower leg or ankle, Doan said.

The juvenile also didn’t know if the light was green or not when they stepped off the curb. The juvenile was uncooperative and was released to the family, Doan said.