Mercer vs West Carter matches up student and teacher 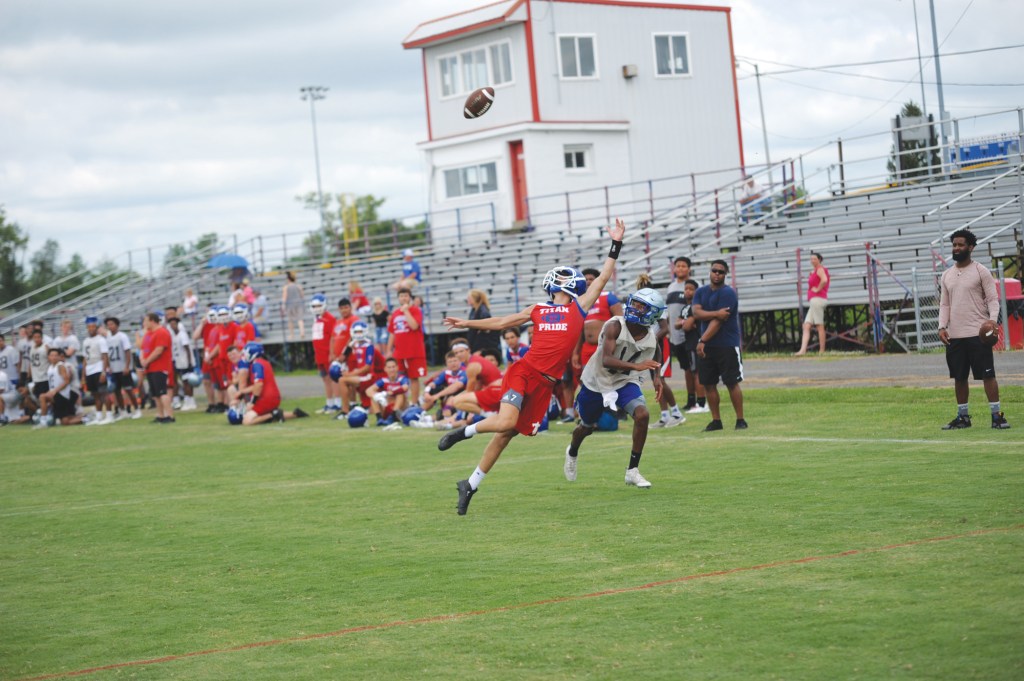 On Saturday night, the Mercer County Titans will officially kick off its 2019 football season. The opponent is West Carter High School who will be traveling to play the Titans in the Little Caesars Ft. Harrod Bowl at 8:00 p.m.

The game will mean more to Mercer coach David Buchanan than just a home opener for his bowl game.

When West Carter coach Daniel Barker was in high school, he made an impression on Buchanan at his quarterback camp.

“Daniel came to my camp when he was in high school and I was so impressed with him. He worked his tail off and was a good little quarterback,” Buchanan said. “He never said a word. He just worked and worked all day. I was really impressed with him.”

Barker is now entering his second year manning the sidelines for the Comets. Buchanan said he’s been as impressed with him as a head coach as he was as a quarterback years ago.

“He’s done a really good job with West Carter and he’s going to do a great job there. I’m really excited to have him in our bowl,” he said. “Our bowl is going to be a part of him taking their program to another level. That’s what he’s doing. They had a good program — he’s replacing a wonderful coach in Kevin Brown…They’re building and I’m really proud of Daniel.”

As for his own team, coach Buchanan is confident they’ll be able to bounce back after a 5-7 season a year ago.

“I think we’ve got a shot at having a pretty good team,” he said. “Our fullback run game is a lot better than it has been and that’s going to help us getting everything else going.”

During a scrimmage against Paul Laurence Dunbar, the Titans offensive line controlled the trenches opening holes for the running game to grab big chunks of yards per carry.

There were some miscues, especially on special teams, that concerns Buchanan, but he was still happy with the way his team performed and how many players he was able to get in.

“We’ve made a lot of progress and I’m really pleased with that,” he said. “Obviously we’ve got to get our punt team and our PAT team squared away. That was a bit of a concern. We tried to play a lot of guys tonight but I’m glad that we did. We needed to get them live reps. This was a practice tonight, that’s what it was. I thought we got a lot done.”

Buchanan said that he believes that West Carter is a team on the rise — they finished with a 6-5 record last year in Barker’s first year as head coach — and wanted to give his former student a chance to build on that success. He also wanted to give his team a tough challenge to start the season.

“I wanted him to have that opportunity. I called him, and I knew they were going to be good the next couple of years and are trying to build. I wanted to give an opportunity to do that,” he said. “I think West Carter is going to bring a good group.”