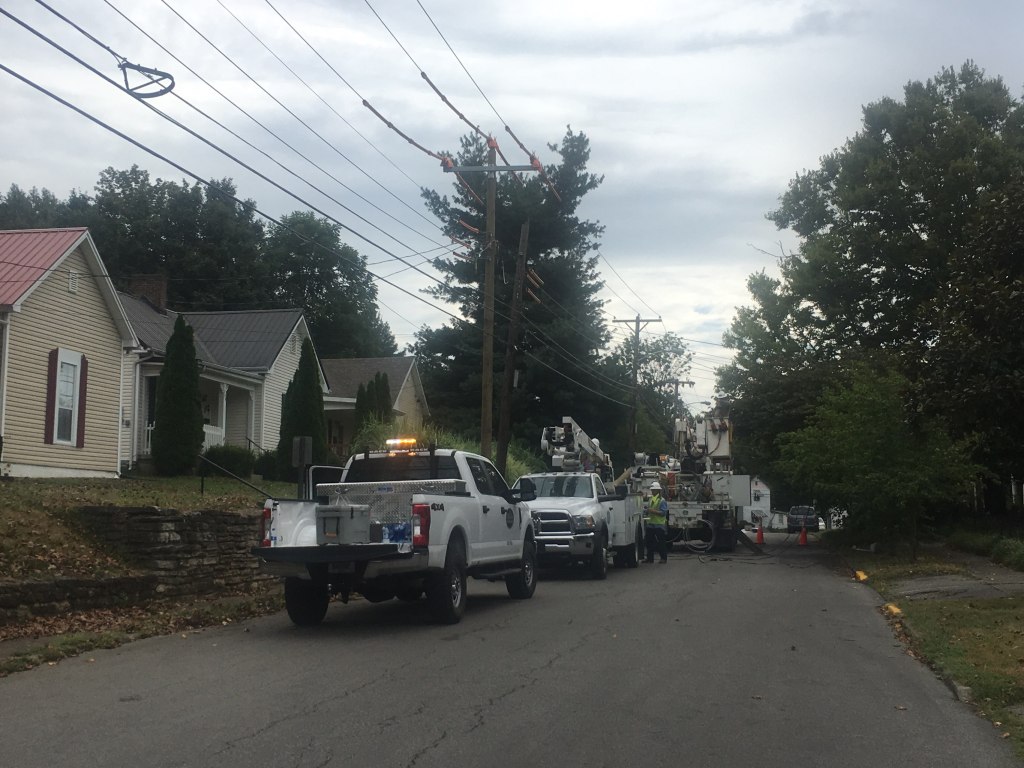 A power outage is affecting the east side of Danville. (Photo by Robin Hart)

Power was cut off temporarily for an estimated 531 locations in the eastern part of Danville Thursday morning. A utility pole was being replaced on Broadway near the Ky. Career Center building, but workers on the site said their work had nothing to do with the large outage, which was reported at 10:59 a.m.

Power was soon restored for most KU customers and was only off a bit longer for the residents on Broadway between Wilderness Road and the alley next to the career center building.