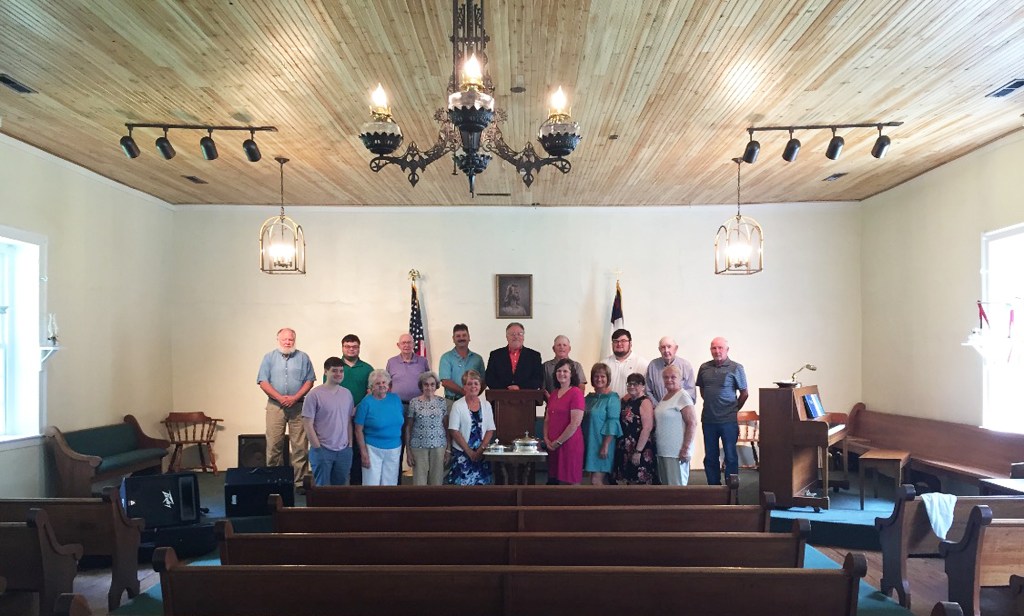 The interior of the McCormack Meetinghouse has been refurbished several times. (Photo contributed)

MORELAND — McCormack Meetinghouse (Christian Church), situated on land donated in 1785 by Daniel McCormack, will celebrate its 234th anniversary next weekend. 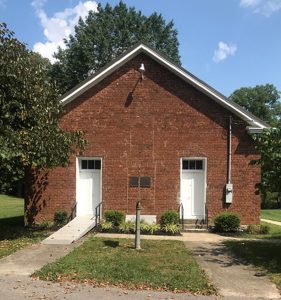 McCormack Meetinghouse appears much like it look when built in the early 1800s. (Photo contributed)

The McCormack church is situated along Hanging Fork and is one of the first churches to form in this area. The land was donated five years after Lincoln County was formed with the stipulation it be open to all denominations and races.

The Baptists were the first congregation to meet there, which at the time, was a log structure. The doors were opened to everyone and included a slave gallery in the church.

About 30 years later, the structure burned and a brick structure was built in its place.

The sanctuary was built with two front doors, the left for men and the right for women.

Brick for the new building was burned on the grounds by men of the church and their slaves. The building is 50 feet long, 30 feet wide and 13 feet high, with a wall thickness of two bricks laid end-to-end.

The interior had the gallery for slaves across the back. A pulpit was about midway on the main floor.

The brick building remains the same today and the Christian Church congregation has maintained the structure.

Land was purchased in 1991 and another building was added to the property in 1992. It was opened on Easter Sunday in 1993. It is used for Sunday school classes, a fellowship area and restrooms.

The church became an independent Christian congregation in 1829. The building’s cornerstone shows the brick church was erected in 1819.

The church and cemetery have had many improvements made since its beginning, and a garden has been added.

A copy of an oil portrait of the Rev. John Stout Higgins was donated in 2005 to the church foundation by his great-great-granddaughter, Ann Higgins Cunningham of Louisville. Higgins was pastor of the church for about five years.

Ann Cunningham has two other ancestors buried in McCormacks cemetery, Noah Johnson and his wife Tabatha.

The church was listed in 1976 on the U.S. Department of Interiors Register of Historic Places.

A year later a highway marker was dedicated. During the 200th anniversary, the Logan-Whitley Chapter of the Daughters of the American Revolution dedicated a marker for Daniel McCormack (1724-1810), and his wife, Nancy (1726-1810.)

The homecoming events will begin with a 12:30 p.m. luncheon on Saturday, Aug. 31 at the Depot restaurant in Stanford and end with the 11 a.m. Sunday morning service and potluck lunch at the church on Sept. 1.

The Rev. Doug Simpson, pastor, will deliver the sermon.