Officials respond to parks board statement 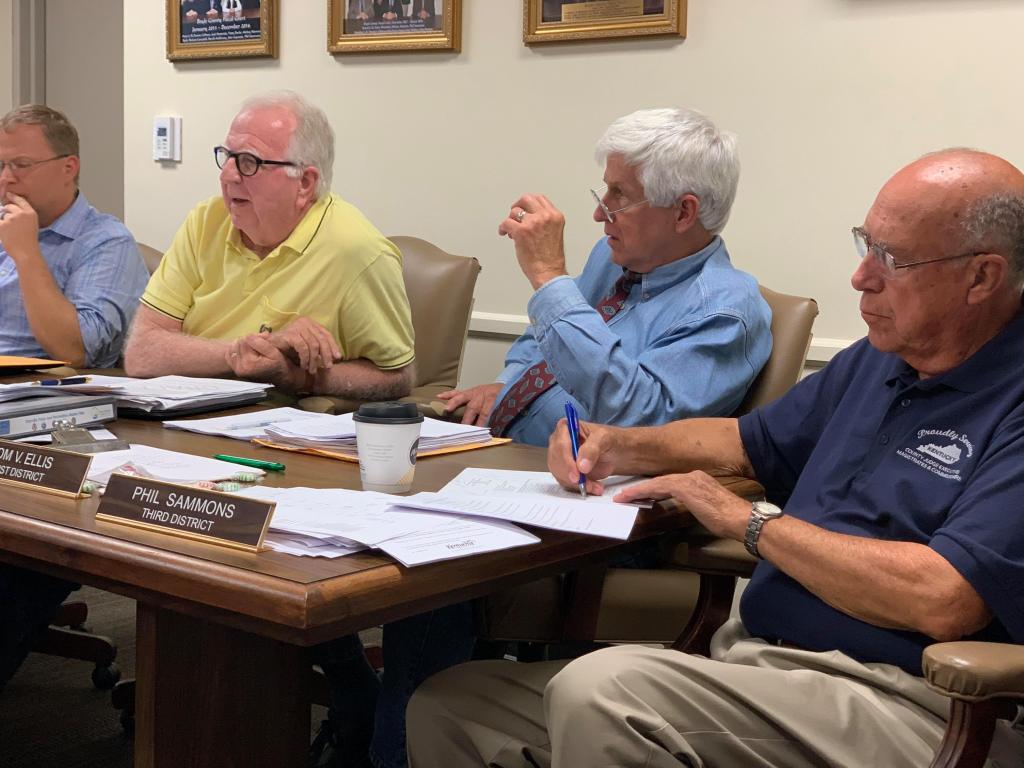 Magistrate Phil Sammons, who is on the Parks & Rec Committee through the Boyle County Fiscal Court, has been a very vocal opponent of the county sharing any financial responsibility for the smaller neighborhood parks. “We sent that ordinance over (to the city). I heard through the grapevine they didn’t really like what we had to say,” he said Friday. “… We don’t have the money to work on these small parks, just that simple.”

Sammons said now that John Bell is settled in as Parks & Rec director, he has complete confidence in him to lead the agency in the right direction.

When asked about Bell and the Parks & Rec board’s position — which was sent to city and county officials Thursday, outlining its desire to be a city- and county-wide agency with the ability to offer programming in smaller parks — Sammons said, “I don’t know if it’s a good idea or not.”

He maintains “it’s always been done this way,” and that “we agreed we’d stick to Millennium (Park) and not spend any money on these little parks.”

Magistrate Jamey Gay, who could not attend the last fiscal court meeting, said he has read the draft ordinance as well as the Parks & Rec Board statement. “To have a Parks & Rec Board that does oversee all of the parks … it sounds funny that you have to say that outloud. That’s how it should always be. Do we really need to say that out loud to make that true?”

But, he said just getting the funding mechanism ironed out should help Parks & Rec get “clarity on how their budget will come together on overseeing all of the parks.” He thinks more research needs to be done into the topic.

“(Parks & Rec) need to to be able to figure out their budget and see what they may have left over to work with, as far as the smaller parks. The city-owned parks are pretty much passive green space parks, anyway. It’s really just a matter of (the city) funding the mowing of those parks. But we are outgrowing our programming space at Millennium,” he said.

Gay gave a hypothetical situation: What if Jackson Park could be used for more baseball programming?  “We can put some back into Jackson Park … If we do find that we can do some programming there … that’s the park I think we need to be involved in partially funding.”

He said Bell is working on ways to generate additional revenue. “But we want to keep it affordable, make sure everyone can participate …”

City Manager Ron Scott says he will be meeting with City Attorney Stephen Dexter on Monday to “develop a recommended position” for the commission’s consideration, as far as responding to the county’s draft ordinance, unanimously agreed on and sent over after the last fiscal court meeting.

As far as the Parks & Rec Board’s statement, “It’s definitely not a surprise,” he said, adding that Bell was hired to be the director of a joint city-county Parks & Rec department, as both ordinances clearly state right from the get-go.

He referred to the very first request within the Parks & Rec Board’s statement. “It says ‘in a fair, safe and economical manner,’ … you’re talking about the funding of services that are used by both city and county residents. We would like to avoid that potential of a surcharge for a partner that doesn’t want to fund in an equal way. Neither the county nor city wants to get into that situation.”

Comments have been made by city officials that if the county refuses to help with the smaller parks, there could be a situation where county residents will be charged to use them. So far, no explanation has been offered on how that process would be handled.

An email Scott provided that he sent to the city commission says, “the current version of the county’s ordinance allows for some incremental improvements to occur, but is less than an equal sharing of the costs between the city and county for a single Parks & Rec system open to both city and county residents without charging at the gate.”

He also highlights the positives he sees in the county’s updated draft ordinance. He said it does provide for equal sharing of costs associated with the operation of Millennium — including wholesale costs of water and sewer, which the city provides.

“That is an improvement,” Scott said. He said the city has never billed the county for water and sewer, and that it is “not an insignificant cost.”

“We might come up with better identification of costs that we share, or that we pay ourselves. And the county could do the same, as a basis for a rational discussion about how we can economize or share this, and do things differently. We can do that.”

However, Scott thinks the county’s ordinance still falls short. “It doesn’t directly answer or address the joint endeavor, such as our trail system.” But, it does allow for service agreements to be entered into for certain services or projects, which is an improvement, he said.

Although the county’s ordinance requires the city or county wholly owning a park “to be singularly responsible for capital expenditures and maintenance expenses … by omission of the words ‘programming costs,’ it would allow for the sharing of costs” associated with events in those parks, Scott said.

“I was very impressed by the Parks & Rec Board statement,” said Mayor Mike Perros. “We have committed significant dollars for them to do the job, therefore we should accept their recommendations.”

As far as the county’s draft ordinance, he says it’s a step in the right direction. “But it’s still a far cry from what our own Parks & Rec Board has asked for.”

When asked if Director Bell was approached during the process of updating the city’s draft ordinance, Perros said no, but “I would certainly welcome any of his comments. We will consider any and all.”

The mayor said it needs to be remembered that “the city first approached with the thought of, ‘

Hey, y’all got this jail thing, let us take the park thing. We offered to take the burden off of them. What did they say?”

The court declined the city’s offer.

“You can’t say those two things and be congruent,” Perros said, referring to the county’s ordinance specifying a “joint” system, but not wanting to contribute to any parks other than Millennium or let the city take control of Parks & Rec.

Scott also said he too realizes the constraint soon to be put on the county, as far as paying for a new or renovated jail. However, “I would say our local taxpayers can’t afford anymore for the fragmented (Parks & Rec) system. I would argue that we can’t afford not to do it.”

He said the city has “limitations on the deep pockets of our taxpayers, and we’ve already dug pretty deep,” and that he was not disparaging the dilemma the county is in over how it will afford a new jail. But, he says the whole thing needs to be looked at “by a broader spectrum.”

Scott said he understands the county’s struggle, “and again, I’m not disparaging that.” But, he said that’s not a reason not to attempt to improve the Parks & Rec system.