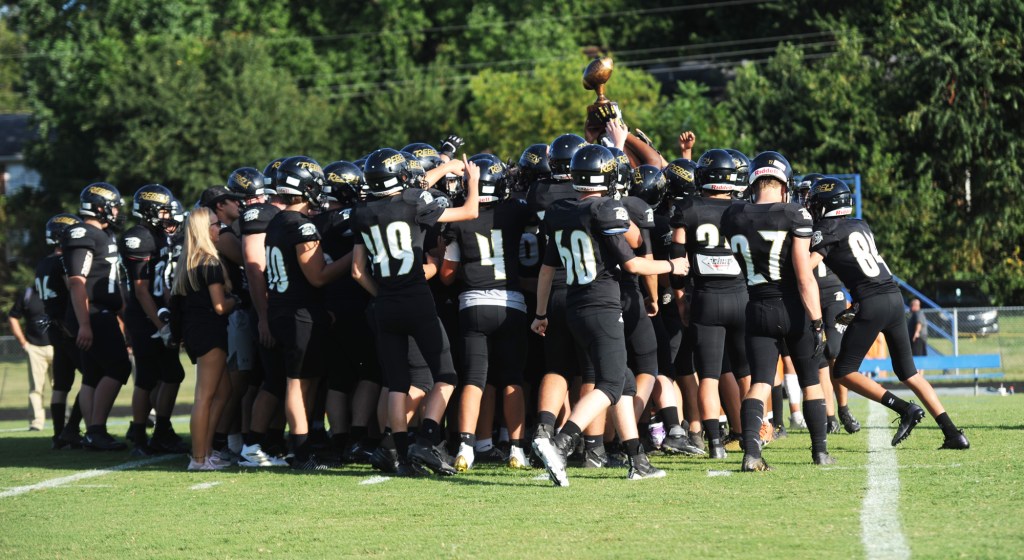 HARRODSBURG — It wasn’t a particularly dramatic game, but Boyle County’s 36-0 victory in its season opener against Iroquois had plenty of excitement early.

It looked like the Rebels were going to take the opening kickoff to the house, but the ball came out and the Raiders recovered it. On the first offensive play of the game, Iroquois returned the favor and Will McDaniel got the scoop and score. Boyle converted a 2-point conversion to go up 8-0.

Boyle’s defense stifled the Raiders offense, not allowing a first down all game. After the first three and out, the Raiders boomed a punt to put Boyle on its own four yard line. It took one play to change that as Reese Smith hauled in a 96-yard touchdown pass from Reed Lanter.

Boyle’s next drive followed a similar pattern, as Landen Bartleson took the handoff on the first play and went 65-yards for the score. Bartleson would be named the game’s MVP. 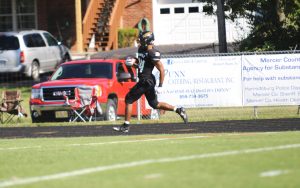 Landen Bartleson breaks away from everyone and easily gets into the end zone on a 65 yard run. (Photo Derek Brightwell)

That concluded the day for the Boyle starters.

“I wanted them to come out and play against us and we did. We ran two offensive plays and scored two touchdowns,” Boyle County coach Chuck Smith said after the game. “Our guys were focused and locked in and ready to play a game. I was hoping it could be a little more competitive but it wasn’t and it’s nobody’s fault.”

The second team would start its night with an interception and a long return to set up a two play drive (a Cam Yates screen and run followed by a Will McDaniel run for the score) to make it 29-0. Jackson Smith added a beautiful touchdown catch to bring it to the final score. 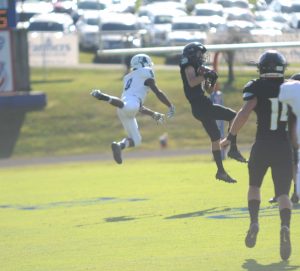 “I thought they did a pretty respectable job,” Smith said of the second unit. ”They got to play more than they normally would but they got after it. I was very pleased with them.”

With the first team only being fully active for two drives, Smith wasn’t able to get as much out of the season opener as he’d like, but still felt like his squad got out of what they could.

“I think we made the best of our opportunity today and that’s what I wanted to happen,” he said. “Proud of the guys for doing that. That’s behind us. I’m glad it’s behind it. Now let’s get after it and move on.”

Boyle will be in action next Saturday against Bullitt Central as part of the McDaniel Wealth Management Rebel Bowl at Rebel Stadium at 8:00 p.m.