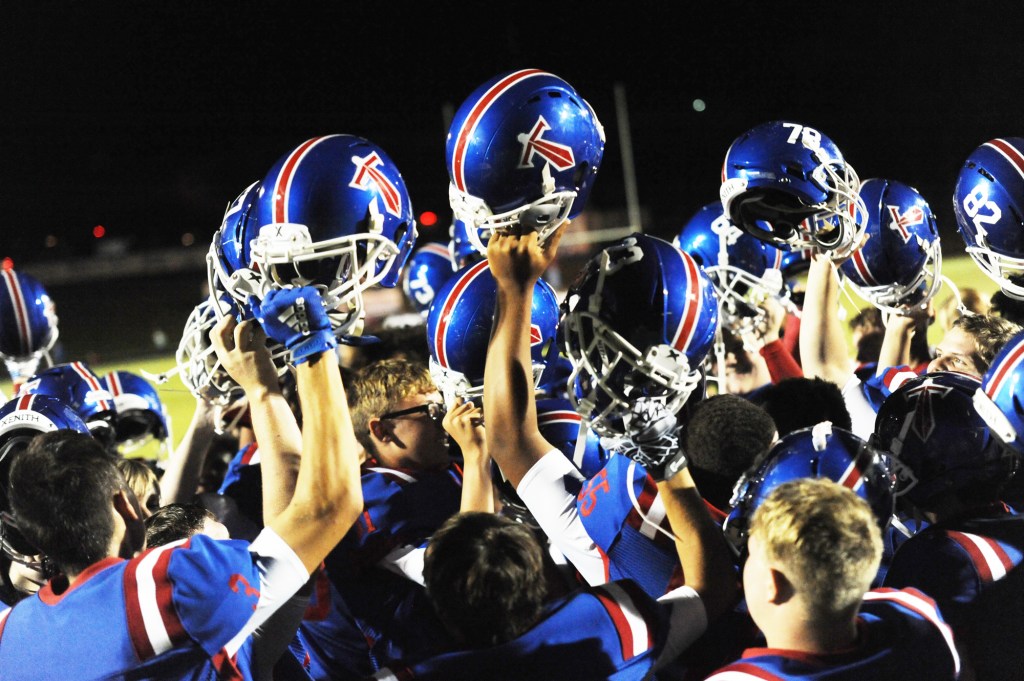 In the late game of the Little Caesars Ft. Harrod Bowl, host Mercer County took care of business against West Carter with a 21-0 victory.

The first quarter ended in a scoreless draw, but Mercer opened the second half inside the 10 yard line and took advantage via a Malachi Yulee touchdown run to put the Titans on the board. The point after attempt was blocked, leaving the score at 6-0.

Mercer’s defense was excellent all game. The Comets never really seemed to threaten the end zone. David Buchanan’s team held West Carter quarterback Orry Perry to only 79 yards passing on the game and Dillon Warren got a pick six with 8:34 left to seal the game. Rushing the ball, the Comets only managed 55 yards.

“I was really pleased with that. I thought we played a good game defensively,” Buchanan said. “Would’ve liked to have been a little cleaner offensively. Their front and linebackers did a really good job tonight.”

The Mercer backfield combined for 214 yards on 50 carries, excluding quarterback scrambles. Yulee led the way with 106 yards on 19 carries, including the touchdown. Still, Buchanan wants to see more productivity out of his run game. 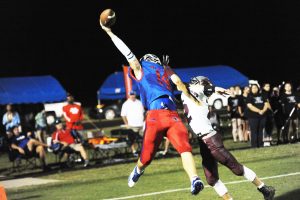 Kaelin Drakeford full extends for a ball at the end of the first half. (Photo Derek Brightwell)

“We weren’t as productive. I think you have to give their front and linebackers credit for that,” he said. “I think their two inside linebackers were the two best linebackers we’ve seen so far. I think 1 and 2 (Tristan and Ethan Jordan, respectively) were very tough to block. I think they’re pretty good.”

Brayden Dunn caught a huge 35 yard pass down the sideline to set up first and goal and was rewarded with the carry at the goal line for the third and final touchdown before time expired to seal it at 21-0.

Buchanan talked glowingly of the job West Carter coach Daniel Barker has done with his program and sees them continuing upward. 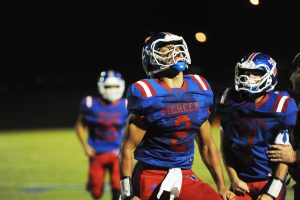 “I tell you what, Daniel is doing a tremendous job at West Carter. They played their butts off,” Buchanan said. “He had a really good gameplan on both sides of the ball. He made life tough tonight. I think you can see that’s a program on the rise.

“As I’ve shared with some other guys, I know people don’t know how good they’re going to be and they are, but I’ve been in their role where people don’t think you’re really good and then you slowly get better,” he added. “I think he’s got his hands full of some really good players and he’s doing a great job with them.”

The life of a head coach means that Buchanan will be on to planning for next week’s game (Saturday against Allen County-Scottsville at 5:00 p.m. at Boyle County), but is happy his guys get to wake up winners after the opener.