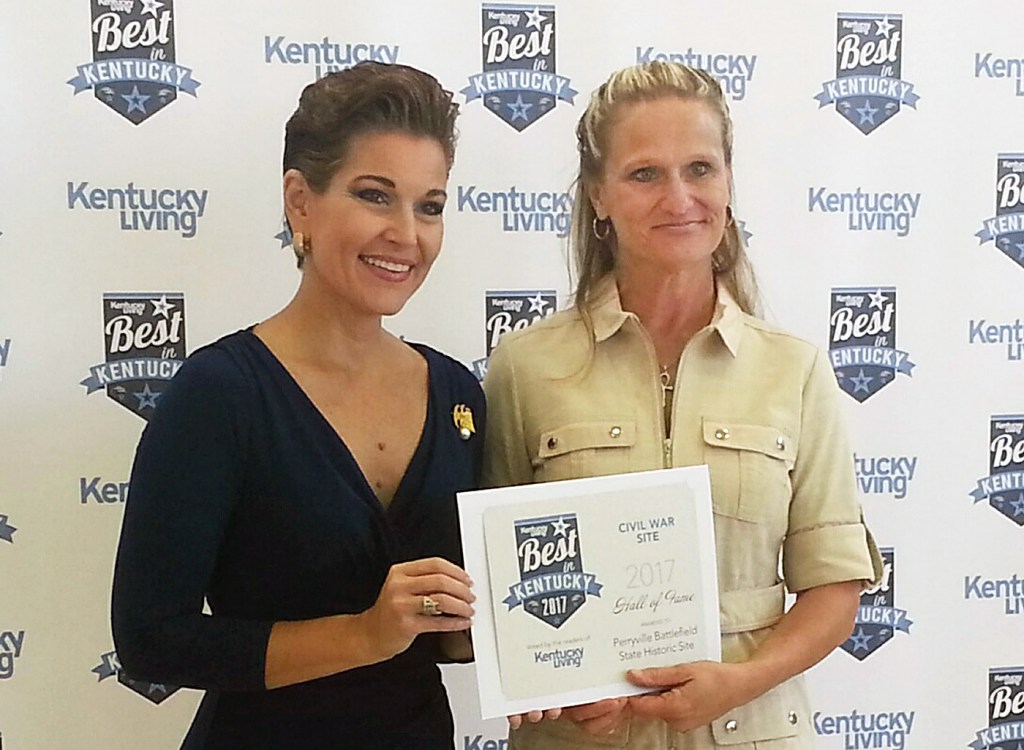 After 14 years of protecting and expanding Perryville Battlefield State Historic Site, Joni House will be retiring from her post as park manager on Aug. 30. She has also resigned from her position as Danville’s historic preservation coordinator.

But she’s not going anywhere. When asked if she will continue supporting the battlefield and its land conservation efforts after retirement, House said, “Heck yeah!” 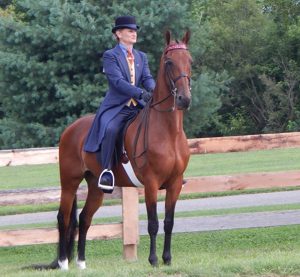 Perryville Battlefield State Historic Site Director Joni House, says she is planning on riding and competing in horse shows with Princess after she retires on Aug. 30. (Photo submitted)

In fact, she believes she’ll be an even stronger advocate for the park and the city’s historic preservation because she won’t be a state employee.

For example, by no longer working for the state, House said she intends to help the non-profit Friends of Perryville Battlefield group continue its significant fund-raising efforts to support the park, its museum and wildlife habitat.

By leaving as the battlefield’s director, “I’m not sad. I can be a better benefactor for this place. I’m not leaving. I’m shifting,” she said.

“The battlefield was such a big part of my life since I was a little girl.”

She even has a family tie to the battlefield through her fourth great-grandfather, who was a member of the 21st Kentucky Infantry who fought at Perryville.

Another Civil War connection House has is her middle name, Lee, in honor of Confederate Col. Robert Edward Lee, she said.

“The Civil War has been in my family for a long time.”

Under her direction, Perryville Battlefield has grown into one of the largest and most pristine Civil War parks in the nation, House said. “A Civil War soldier would know this place,” if he returned to the site, she said.

She is also proud of the wildlife habitat that is thriving in the area. And the battlefield will always be relevant, House said. “The men that fought here made this relevant. It’s their legacy.”

Even though House said she was able to accomplish many things for the park, “I have millions of plans. There’s always something I want to do. There’s so much that needs to be done here.”

She would like to see more students use the park to study Civil War and Kentucky history.

“The work here is never going to be done,” House said. “Not many people have a love affair with their job. I truly do have that. I’ve been blessed. I really love this place.”

Last week when House told the Architectural Heritage Board she had resigned as the city’s preservation coordinator, House said, “It has been my pleasure to serve you guys. It’s one of the most historic districts in Kentucky. … I am very sorry, and I never had intended to do this, but I have to.”

However, after retiring for a required three-month break and not working for or volunteering for any “participating entity for the Kentucky retirement system,” House said she may be able to return as the city’s preservation coordinator.

In the meantime, however, “I’m going to ride my horse and play with my bees.”