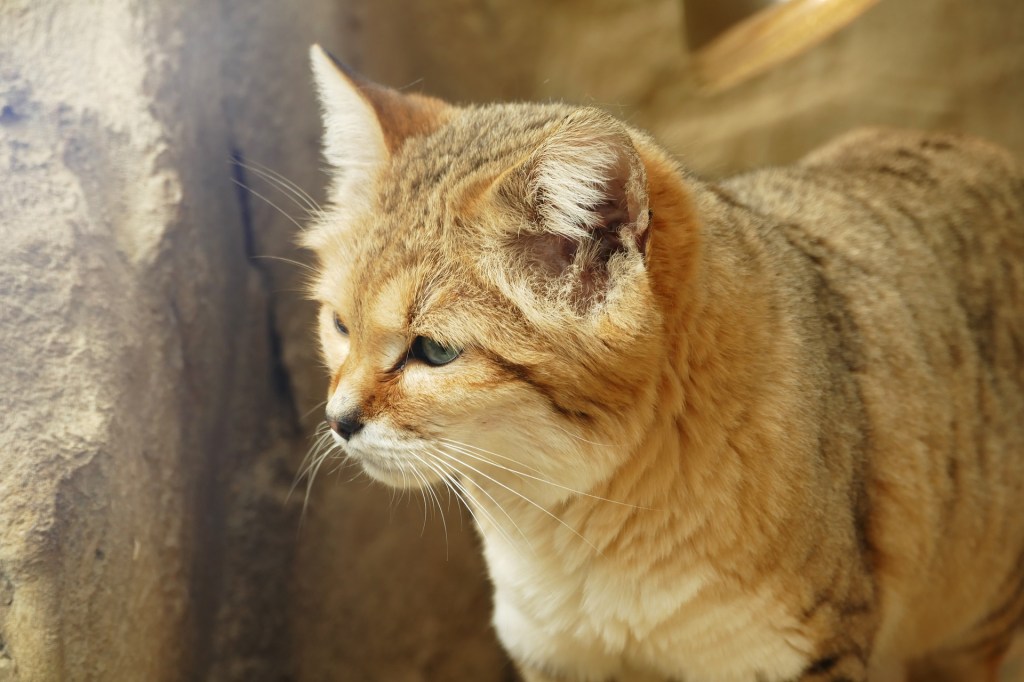 Amanda’s Animal Fact of the Week Sand cats’ diet mainly consists of rodents, but they will also hunt for spiders, birds and reptiles, including venomous snakes such as vipers. (Public domain)

My husband and I are foster parents. It has been a very positive and wonderful experience. It’s interesting because instead of becoming parents by having a newborn, we had a 4-year-old.

The interesting thing I never realized about having kids before I had a kid is that everyone wants to give your kid plastic. And instead of slowly accumulating plastics from birth, we were thrown into the land of everyone giving your kid plastic trinkets.

There are so many junky plastic things that your kid just seems to accumulate. It has made me take a harder look at what I give other people’s kids. And now I understand why parents have told me before that their kid doesn’t need another bouncy ball or a plastic jumping frog. It’s not because they don’t want their kid to have toys or because they don’t appreciate the gesture of a gift; they probably just already have too much plastic junk at their house. I know because I also currently have too much plastic junk at my house. And this junk comes from everywhere — it’s kind of like what’s called “non-point pollution” — pollution that occurs when small amounts of pollution are generated from many different locations, rather than a whole lot of pollution coming from a single source.

You might not remember exactly where all these things come from, but you know you don’t want them in your house. So, what eventually happens to all these trinkets? They end up in the trash. Sooner or later, they all have the same fate.

Even if you don’t have kids, at some point, you will probably have to make treat bags or give someone’s child a gift. So what can we do to help out a parent and the environment at the same time? We can stop giving away little trinkets that will just get thrown away.

Instead, give kids coupons or gift cards for treats like ice cream cones. Give out stickers, pencils and temporary tattoos — which I know will also get thrown away but have a much smaller landfill footprint and are “consumables” — they will be used and then thrown away and won’t stay in someone’s house forever.

You can also give kids treats like small pieces of candy or fruit snacks. If you are giving a larger present but don’t want to give toys, you can always gift experiences. This is something my family has been doing for a while now: Instead of giving toys and things that might not be played with often and will take up space, we go on trips to the movies, play mini golf or go to the zoo.

Aside from treasure boxes and treat bags, another source of plastic trinkets is in fast-food children’s meals. I understand the concept of getting a kid interested or motivated to eat because of the reward of the toy. But they aren’t great toys for the most part, and there are better rewards you can use that don’t involve a plastic object that will sit around in your house until you throw it away.

I much prefer eating at fast-food restaurants that give you ice cream or cookies instead of plastic junk. Some of my favorite restaurants to take kids to because of this are Culver’s, Dairy Queen and Zaxby’s. In my experience, when a kid gets one of those fast-food toys, they only really care about them for an hour or two at most. If they get ice cream or a cookie instead, they don’t even miss the toys.

If you’ve found a good way to avoid the plastic junk that often gets thrown at our kids, I’d love to hear about it. Or if you know of other fast food restaurants that don’t give plastic toys but have good kids’ options, I’d love to know about that as well. You can send me an email at amandawheelerphoto@live.com