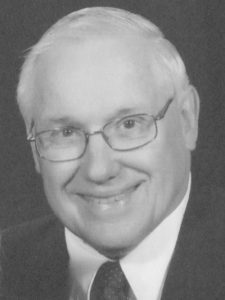 The Rev. Terry Ray Taylor, 79, of Danville, passed away August 23, 2019. He was born on August 12, 1940 in Evansville, Indiana to the late William Robertson and Violet Beasley Taylor.

Surviving is his loving wife of 54 years, Mary Linda Jeffers Taylor. The Rev. Taylor was an Episcopal minister for over 51 years in Kentucky, Ohio and North Carolina and served his country proudly in the United States Marine Corps. He was involved in numerous organizations, where he will deeply missed, including the Danville Garden Club, History Club, Stamp Club of Lexington, Danville-Boyle County Humane Society and Preston Pruitt Spurlin Coffee Club. The Rev. Taylor was a dedicated member of Trinity Episcopal Church.

He is preceded in death by a brother, Timothy Alvin Taylor.

Funeral Services 10 a.m. Saturday, August 31, 2019 at Trinity Episcopal Church with The Reverend Amy Meaux officiating. Visitation will be Friday, August 30, 2019 from 2-5 p.m. at the church.